Youth Congress workers brought two horse-drawn carriages outside the hotel as part of a protest against what they termed the BJP's "horse trading". 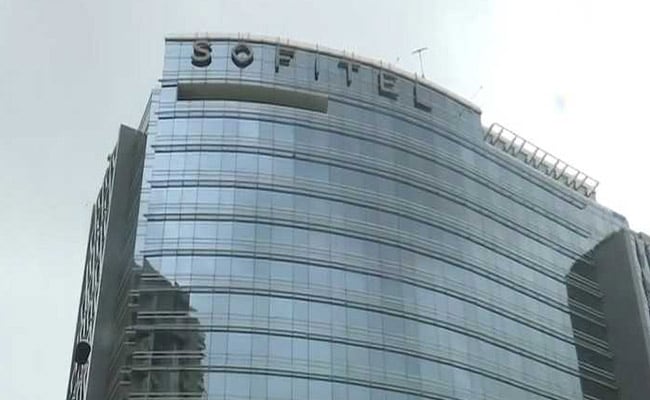 By the time eleven rebel legislators from Karnataka were driven out of its parking lot, Sofitel Mumbai BKC, a luxurious hotel in the city's upscale central business district, had transformed into a beehive of political activity.

Late Saturday, 10 members of the Karnataka legislative assembly, from the ruling Janata Dal Secular and the Congress coalition, checked in to the five-star hotel after submitting their resignations to the assembly speaker there, driving the government to the brink of collapse.

An eleventh legislator, H Nagesh, an Independent who resigned as a Karnataka minister and also from the assembly membership Monday, joined the rebel group at the hotel in Mumbai's Bandra Kurla Complex (BKC) in the afternoon.

With protesters from the Congress and a large contingent of journalists jostling to access to the lawmakers, Mumbai Police stepped up vigil outside the hotel, which is close to the British Deputy High Commission, US consulate, office of the Mumbai Cricket Association and the MMRDA Ground.

Youth Congress workers brought two horse-drawn carriages outside the hotel as part of a protest against what they termed the BJP's "horse trading", which they blamed for the crisis in Karnataka. The BJP has denied any role in developments. 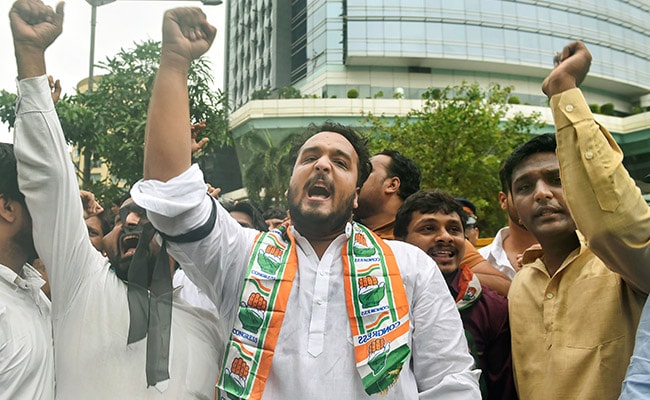 The police put up barricades on the road outside the high-end property and did not allow Congress workers or leaders to enter its premises Monday.

However, some Congress leaders from Karnataka managed to meet the rebels Sunday.

Among the politicians who were seen inside the hotel for the last two days was Maharashtra BJP Member Legislative Council Prasad Lad as well, news agency PTI reported.

With the latest resignation of the Independent lawmaker, who pledged support to the BJP, taking the total number of resignations since last week to 15, Karnataka's year-old Congress-Janata Dal coalition government was driven further into life support.

With continuing protests by the Youth Congress in Mumbai and the party's Karnataka troubleshooter DK Shivakumar setting course for the financial capital, all 15 rebel lawmakers were checked out of the hotel and are being shifted to Goa, sources said.