Raise The Issue Of Killing Of Tigress Avni In Cabinet: Uddhav Thackeray

Nationalist Congress Party state president Jayant Patil alleged that the forest ministry had acted to kill Avni to help the mining industries of top business houses in that region. 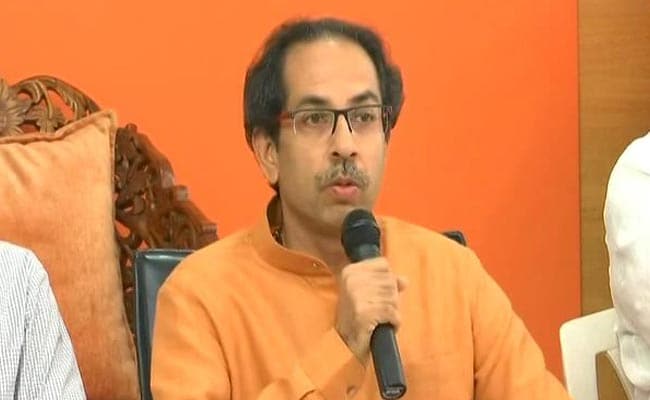 Shiv Sena President Uddhav Thackeray today asked his party's ministers in the alliance government to raise the issue of killing of man-eater tigress Avni in the next Maharashtra cabinet meeting and question Forest Minister Sudhir Mungantiwar.

Nationalist Congress Party state president Jayant Patil alleged that the forest ministry had acted to kill Avni to help the mining industries of top business houses in that region.

"The rules clearly state that such man-eaters must be first tranquilized and caught. In this case, the tigress was directly killed without considering sedating her. We strongly condemn this. We will question the government," Mr Patil said, hinting at taking it up in the upcoming winter session of the Assembly starting next fortnight.

Congress' leader of Opposition in the Assembly Radhakrishna Vikhe-Patil also attacked the government for Avni's killing saying it was "entirely due to the negligence of the forest officials and the minister must take responsibility for it."

Criticising the government's claims of building new toilets, Mumbai Congress President Sanjay Nirupam said if the victims had access to toilets and not compelled to defecate in the open, the opportunity to kill the national animal would not have arisen.

However, a day after promising to order a probe into "procedural lapses" leading to the tigress' killing, Chief Minister Devendra Fadnavis today categorically dismissed demands for Mungantiwar's resignation.

"The minister did not take a gun and kill the tigress. It is wrong to ask for his resignation," Mr Fadnavis said in Osmanabad, in an oblique reference to Union Minister Maneka Gandhi's fresh demand to sack Mungantiwar.

A local Marathi TV channel (News18-Lokmat) revealed a recorded conversation of forest officials in which they said no attempts were made to sedate Avni.

Mr Mungantiwar immediately reacted to this by saying if this was true, "Avni's death would be probed and action would be taken against the officials concerned."