Most of the rains were recorded in the last 20 days. The Colaba observatory records an average rainfall of 2,234 mm in the monsoon season. 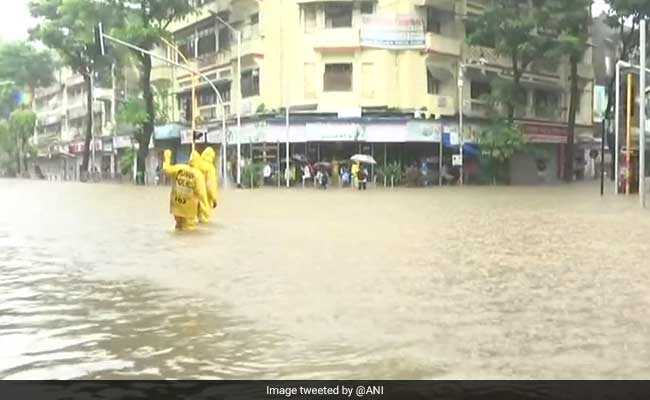 South west monsoon arrived on time but, heavy rain started only from June

It has been just over a month that the monsoon arrived in Mumbai, but the metropolis has already received 54 per cent of the season's rain quota.

Most of the rains were recorded in the last 20 days. The Colaba observatory (which covers the Mumbai city) records an average rainfall of 2,234 mm in the monsoon season.

This season, it has recorded 1,190.1 mm of rainfall till July 8, which is 53.27 per cent of the average, the Brihanmumbai Municipal Corporation (BMC) said in a statement.

Similarly, the Santacruz observatory (which covers Mumbai's suburban areas) records an average of 2,515 mm of rainfall. Of this, it has already registered 1,362.8 mm of rainfall till July 8, which is 54.19 per cent of the average, it said.

The Brihanmumbai Municipal Corporation or BMC data also revealed that actual precipitation for the corresponding period last year was 594.9 mm (27.24%) and 711.8 mm (29.02%) for Colaba and Santacruz, respectively.

Since then and till July 8, the financial capital had been receiving good spells of showers.

The corporation's own rain gauge set up at it's headquarters in south Mumbai recorded 203 mm rainfall in the last 24 hours (ending at 8.30 am today).

Promoted
Listen to the latest songs, only on JioSaavn.com
Sixty automated weather stations have been set up across Mumbai for measuring rainfall.

The data collected so far has helped the BMC to conclude that more than half of the season's showers has been received in the last 20 days, the statement stated.