The development came a day after the three women senior doctors, Bhakti Meher, Hema Ahuja and Ankita Khandelwal, accused of abetment to suicide and other charges, were sent to police custody till Friday by a Mumbai court. 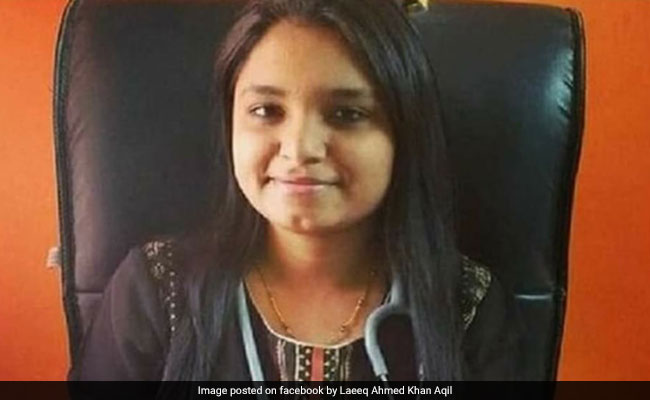 Payal Tadvi's family has alleged she was taunted as she belonged to a Scheduled Tribe.

Mumbai Police crime branch will now probe the alleged suicide committed by doctor Payal Tadvi after some of her senior colleagues passed casteist slurs at her at a state-run hospital here, an official said Thursday.

Considering the seriousness and importance of the case, the investigation has been transferred to the crime branch, Deputy Commissioner of Police Manjunath Singte said.

Tadvi's lawyer Nitin Satpute said the decision came after they demanded that the case be transferred to the CBI or the crime branch as they felt it was not properly investigated by the Agripada police.

"Wesuspect it to be a case of murder, but the police have not conducted the investigation properly, hence we wanted the case to be transferred to some other probing agency," Mr Satpute said.

Three women doctors - Bhakti Mehere, Hema Ahuja and Ankita Khandelwal - were earlier arrested after their 26-year -old junior colleague Tadvi at the B Y L Nair Hospital here allegedly hanged herself at her hostel room last week, according to the police.

Ms Tadvi's family alleged that the doctors taunted her by ragging and hurling casteist abuses as she belonged to a Scheduled Tribe.

The accused were booked under the Scheduled Castes and Tribes (Prevention of Atrocities) Act, Anti-Ragging Act, IT Act and section 306 (abetment to suicide) of the Indian Penal Code.

They have been remanded in police custody till Friday. The police told a special court here on Wednesday that while the mobile phones of the accused were seized, more time was required to recover their WhatsApp chats with the victim.

The police claimed the victim''s body had a few injury marks which needed to be probed further. The postmortem report was awaited, they said.

On Tuesday, Tadvi's parents protested at the hospital in Mumbai where she worked. Other protesters also joined her mother Abeda and husband Salman, demanding stringent action against the three seniors.

The Vanchit Bahujan Aghadi and other Dalit and tribal organisations also held protests outside the hospital. Tadvi's mother said her daughter used to tell her about the "torture" she was facing by her seniors on petty issues.