The car caught fire and stopped under the Chakala Metro station in Andheri and engulfed the area in thick smoke. No casualties reported. 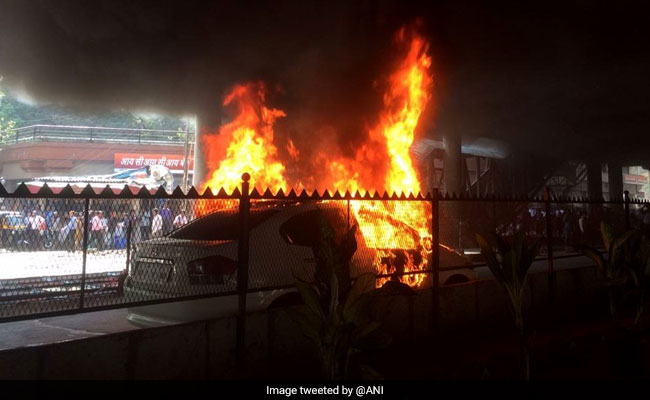 A car on fire in Mumbai's posh suburb Andheri caused major panic at a metro station this afternoon.

The car, a white Honda City, caught fire and stopped right under the Chakala Metro Station, and plumes of thick dark smoke could be seen emerging from it.

As the smoke spread to the Metro station above, authorities quickly evacuated the hundreds present inside, news agency ANI reported. Metro services, according to local reports, were not affected.

No injuries have been reported.

Visuals shared by news agency ANI show the front of the car covered in a raging blaze with hundreds watching in the background.

The fire was subsequently doused by the authorities.

It is yet to be determined who the car belongs to and how it caught fire.

Not Just Migrants, Those Left Without Jobs During Lockdown Leaving Mumbai