The NDTV crew met the group on the Mumbai-Nashik highway at around 11 am on Monday on the way to Nashik. While returning from Nashik at around 4 pm, the green tempo was spotted on the same highway, overturned.

Mohammed Javed, the driver of the tempo, with the rest of the group before the accident.

A 1,400-km journey, which had barely begun for a group of 20 travelling from Mumbai to Lucknow in a tempo or a goods carrier, came to a grinding halt in the most tragic manner on Monday. The driver of the tempo, who had spoken to NDTV just hours earlier, is now dead. His family survived with injuries after their vehicle was hit by a speeding car on the Mumbai-Nashik highway.

The group had said they were returning to their home villages as they had nothing to eat.

"We are all relatives. The tempo had broken down. We left at 8 pm (on Sunday). It broke down at 11 pm. There was no option but to wait till morning when we went to Bhiwandi. From there, we got it repaired and came here," Mohmmed Javed, driver and the father who died, had told NDTV before their accident. He was seen in a blue face mask.

The NDTV crew met the group on the Mumbai-Nashik highway at around 11 am on Monday on the way to Nashik. While returning from Nashik at around 4 pm, the green tempo was spotted on the same highway, overturned. The white car that hit the temp was also at the spot. 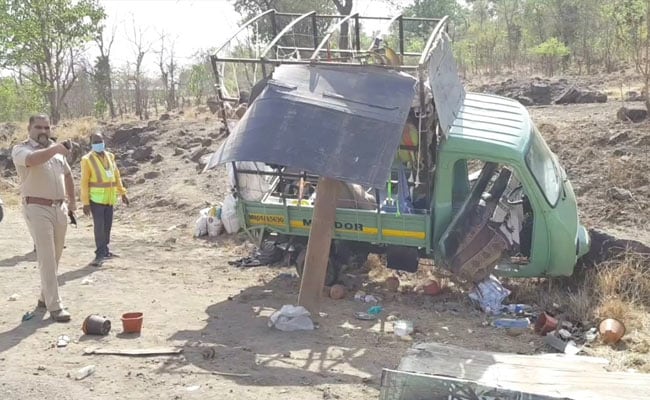 The tempo in which the workers were travelling was hit by a speeding car on the Mumbai-Nashik highway on Monday.

No passenger could be seen inside or near the tempo.

We learnt of Mr Javed's death only after going to the nearest police station. While his wife fractured her hand, one of their children had a head injury. They are being treated at Mumbai's Sion hospital/

"There are many problems. We don't have anything to eat. We had rations till now, so we were eating that. Now, we are heading out. We will travel somehow in this," another person in the the group had said. 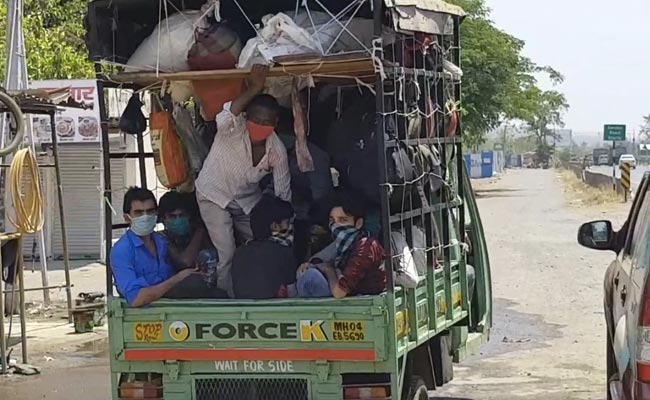 The group was travelling in a goods carrier from Mumbai to Lucknow.

Migrants are leaving cities like Mumbai in hordes in whatever transport they can find. Left jobless and without shelter after the coronavirus lockdown was imposed in March, they are choosing to make the journey on foot or by road, despite limited resources and punishing weather, because the special trains being organised by the government take too long.

The Maharashtra government says they are yet to arrive at an estimate of how many have left with thousands giving the police a slip and leaving on foot. Unofficially, government sources say lakhs are already on their way home to other states.

Shiv Sena spokesperson and Rajya Sabha MP Sanjay Raut said, "The issue of migrant labourers are very important. One must address this, whether it's the state or the central government. Now trains have resumed. These migrants will able to move to their home."

Even as the Uddhav Thackeray government announced the cost of their railway tickets would be borne by the state government through the Chief Minister's Relief Fund and the special trains continue to leave Mumbai, many migrant labourers simply aren't willing to wait. For them it's just about getting home, even it if it means risking their lives, sometimes with tragic consequences.