The students, from G D Goenka School in Lucknow, participated in a massexperiment to extract DNA at the ongoing India International Science Festival or IISF, and completed the task in a mere 90 minutes. 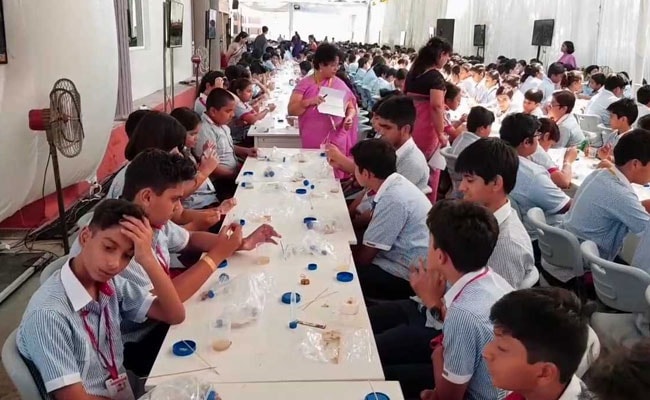 Students performing the experiment at the India International Science Festival.

For 550 students of a private school in Lucknow, no moment so far could have been this special. After all, they all just set a world record, acknowledged by none other than the prestigious Guinness World Records.

The feat these teenagers achieved - being the highest number of people in the world to simultaneously extract DNA from bananas.

The students, from G D Goenka School in Lucknow, participated in a mass experiment to extract DNA at the ongoing India International Science Festival or IISF, and completed the task in a mere 90 minutes.

On the successful completion of the experiment, participant Anand Agarwal said he was very happy at seeing the DNA -- the universal genetic material of living organisms.

Applauding the students, Guinness World Record official Rishi Nath said, "Congratulations we have a new world record, you have done it children." 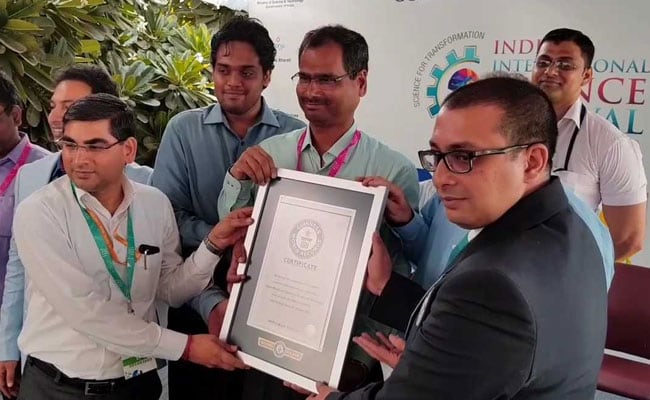 The earlier record was set up in 2017 in America when 302 students performed a similar experiment.

Dr Saroj Barik, director National Botanical Research Institute, Lucknow, said, "Children have created a world record and done India and Lucknow proud. DNA the children extracted can be seen as a white globule at the end of the stick."

In 2015, the same festival when held in IIT-Delhi won a Guinness Record for the single largest chemistry experiment.

Last year, at the third edition of the IISF in Chennai, the city students created a huge Guinness record of the single largest biology class.

Science Minister Dr Harsh Vardhan, said, "These events are very helpful in attracting children to take up a career in science."