Abhilasha DasAdhikari was sent from floor to floor to look for a place to breastfeed her seven-month-old daughter at the South City Mall in Kolkata. 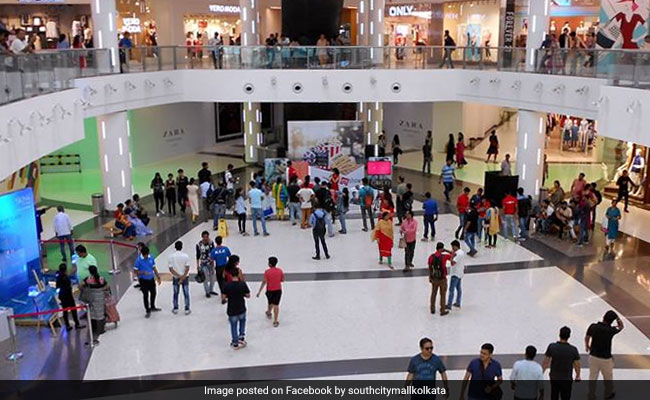 South City Mall in Kolkata had told a woman that they had no place for her to breastfeed her baby.

A Kolkata mall was forced to issue what it called an unconditional apology after its social media team rudely asked a woman to do her "home chores at home" as she complained about the lack of a place to breastfeed her baby, provoking a huge backlash online.

Abhilasha DasAdhikari, a new mother who had gone shopping at South City Mall, gave the mall a poor review on its Facebook page for allegedly being asked to breastfeed her seven-month-old daughter in the toilet on Sunday.

A social media executive for the mall did not appreciate the feedback. "Funny you found this to be an issue because breastfeeding is not allowed on the floor for a number of reasons," South City Mall wrote from its official Facebook page. "With all due respect madam, please make sure you do your home chores at home and not in the mall," the post added.

"It's not like your baby needs to be breastfed at any moment... We cannot compromise the privacy of other people in public places can we," the response read. 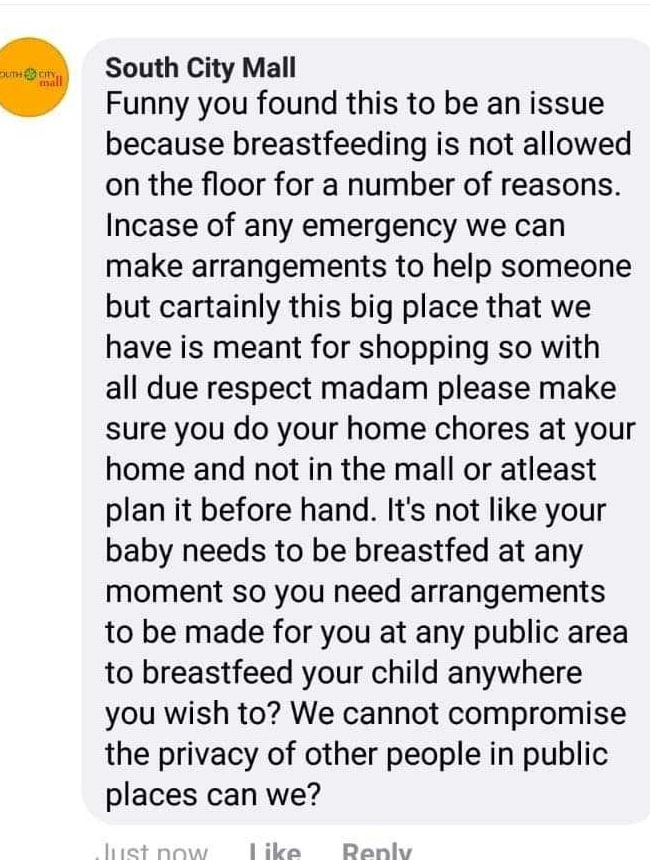 A South City Mall social media executive posted a rude response to a review by the woman.

"Breastfeeding is the RIGHT of a child and a mother, and it is our duty to protect this right! If we cannot provide for a mother to breastfeed her baby whenever and wherever she wants, we have failed as a society!" one Facebook user posted on the mall's page.

As the indignation and anger swelled, the mall issued an apology, saying that the offensive response had been written by an executive of an agency that had been commissioned to handle their social media pages.

In a statement, Manmohan Bagree, vice president of South City Projects, said, "We clarify that South City tries to take care of the smallest requirement a Patron would need at Mall at any time. It is our agent who without knowing the facts made such a comment in response to the feedback of our Patron and we have taken the duly required action."

The mall said it had "provision for Baby Changing/Feeding room, Kids toilet etc on every Floor" but since the mall was "not fully operational and partly under renovation all services are not active".

Ms DasAdhikari, a 29-year-old speech therapist, however, told The Telegraph newspaper on Wednesday that she was told by the mall's cleaning staff that there was no baby-care room available. She could not feed her child inside the washroom since it was not clean.

After being sent from floor to floor, trying to find an unoccupied bench and unsuccessfully trying to reason with staff of the multiplex theatre at the mall, she was helped by a store clerk who allowed her to use their trial room to breastfeed her baby.