Man electrocuted while hooked to laptop 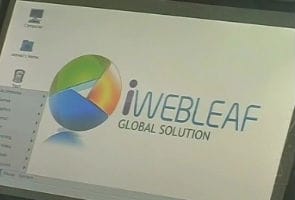 Kolkata: A man in Kolkata was found electrocuted in his bed on Sunday, with his earphones on and the computer on the charger. Officials believe the laptop may have been the cause of his death, as the laptop and the charging cord were partially burnt.

Sayan Chowdhury, 34, an MNC employee was alone at the time of the incident, as his wife had gone to her parents' house after delivering a baby recently, police said, adding that they did not suspect any foul play.

"The body has been sent for post-mortem and it is difficult to say anything conclusively until the autopsy is done. The possibility of any foul play however, is remote," Deputy Commissioner of Police Biswaroop Ghosh told reporters.

As per the fire department officers, Chowdhury died of electrocution and not burns.

Experts feel the habit of using earphones while charging the laptop or going to sleep with the device still on the charger could be fatal.

"A laptop on the charger can be dangerous because there can be a short circuit any time. Using it on bed is also dangerous because the bed being soft interrupts the airflow beneath the machine. Proper ventilation is a must; you cannot imagine how much heat a laptop generates. It should always be placed on a plain hard surface," said an expert.

Promoted
Listen to the latest songs, only on JioSaavn.com
Instances of death in similar circumstances have earlier been reported in Romania and New Zealand where two adolescents died of electrocution while using laptop put on charger.

Man electrocuted while on laptop