This is a planned conspiracy by Maoists in league with Kerala government, Chief Minister Pinarayi Vijayan and CPM against the devotees of Lord Ayyappa, said BJP leader V Muraleedharan. 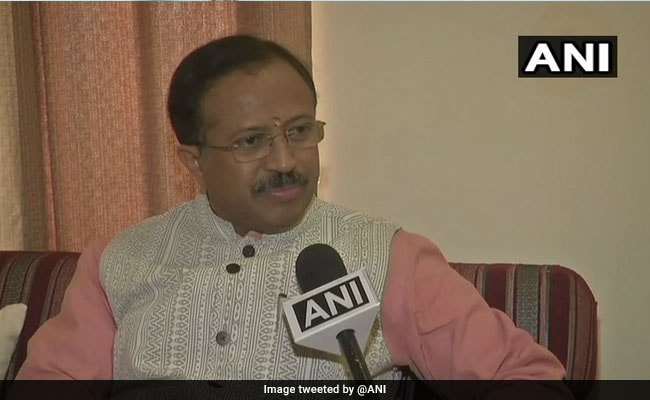 BJP leader V Muraleedharan called it a black day for the whole country.

BJP leader V Muraleedharan on Thursday said that the two women in their forties who entered the Sabarimala temple on Wednesday were "Maoists".

"Yesterday two women entered Sabarimala Temple. They were not devotees. They were Maoists, Naxals," the leader told news agency ANI.

"CPM with selected policemen prepared an action plan and then saw to it that the women go inside the temple. This is a planned conspiracy by Maoists in league with Kerala government, Chief Minister Pinarayi Vijayan and CPM against Hindu temple and devotees of Lord Ayyappa," he added.

"It is an open assault on the Hindu temples of Kerala. It is a black day not only for Kerala but the whole country," he added.

On Wednesday, two women, Bindu and Kanakdurga, both in their late 40s, entered Sabarimala temple to offer prayers, three months after the Supreme Court ordered an end to the decades-old ban on women of menstrual age entering the temple.

After the women's entry, the Lord Ayyappa temple was also shut down for an hour for 'purification' rituals. A string of violent protests followed that led to death of one.

Kerala Cinema Halls To Open From October 25, Colleges From 18th