Tourism Bounces Back In Kerala, Holiday Makers From Australia Arrive

Tourist season off to a great start, says Kerala minister 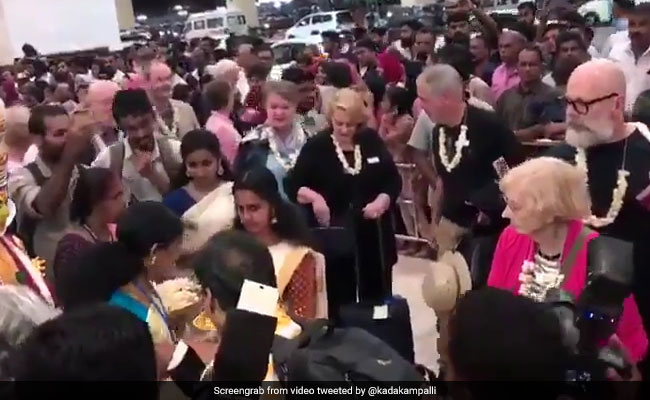 First time after floods, tourists from Australia, arrive in Kerala

Nearly a month after the devastating floods, tourists are back in Kerala. The first chartered flight, with tourists from Australia, arrived in Kochi on Saturday night. The tourism minister tweeted "We are hoping for a great start to the tourist season."

Airports, roads and railway lines have been restored and services are fully operational, said officials of the state government. Since May 29, a total of 491 people had died due to rain and floods; the maximum number of deaths occurred after August 8, as per the state government.

1st chartered flight after the dreadful #KeralaFloods have arrived at Kochi today. @KeralaTourism gave a warm welcome to our guests who have arrived from #Australia . We are hoping for a great start to the season. Bring back the #Kerala glory! #RebuildKerala#KeralaLeadspic.twitter.com/Cz4JN3TPZu

"Kerala tourism is bouncing back from the flood-related damage, which has not affected most of the tourist spots, hotels and resorts in the state," Bala Kiran, the director of tourism department told news agency PTI.

Munnar, Thekkady and Wayanad, which were badly affected by floods and landslides, are now open for tourists.

The Kerala government on Thursday sought Rs 4,700 crore as compensation from the centre for the damage caused by the floods, termed as the worst in a century, officials said. The state government has sent a note to the home ministry, giving details about the loss of human life, properties, infrastructure and crops.

In a bid to boost businesses, the Kerala government is all set to hold the Travel Mart 2018, from September 27-30, and the 4th edition of Kochi-Muziris Biennale, the biggest contemporary art event in Asia, will be held from December 12 to March 19, 2019. Both the events are big crowd pullers say locals.