Sabarimala protests: A list of 210 names and photographs have been sent by the Kerala police to all districts 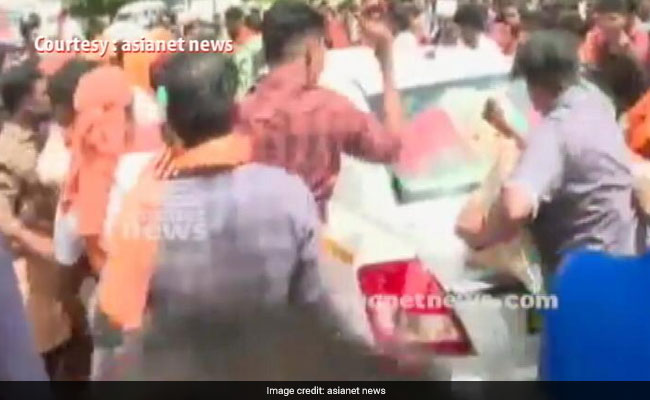 The Kerala police to deploy an additional 5,000 cops when Sabarimala reopens on November 17

Special teams of the Kerala police have spread out across the districts of the state, after photographs of over 200 people suspected to have instigated the protests at Sabarimala, were released on Wednesday. The police allege that the protesters were deployed by groups opposed to the Supreme Court verdict, to allow the entry of women of menstrual age into shrine.

The state government has decided to deploy an additional 5,000 cops to step up security at the 'Sannidhanam' or the temple complex, during the three month-long 'mandalam-makaravillaku' season, starting November 17. The number of CCTVs would also be increased at Pamba and Nilakkal, the base camps, from where devotees start the five-kilometre walk to the holy steps of the shrine.

Kerala Devaswom Minister Kadakkampally Surendran on Thursday claimed that police action at the right time stopped protesters' bid to "desecrate" the Ayyappa temple by "spilling blood" in the premises, if women devotees in the 10-50 age group offered prayers. He alleged that "conspiracy" of the devotees was made clear by Ayyappa Dharma Sena president Rahul Easwar, who had said that the faithful had plans to make the Lord Ayyappa shrine "impure".

Easwar, who belongs to the Thazhamon family of Sabarimala priests, had said earlier that they had drawn up a contingency plan to force the closure of the temple in case young women devotees in the "barred" age group managed to reach the shrine for darshan.

The minister claimed that protesters had conceived a plan to attack devotees and described it as "seditious". The Sabarimala temple witnessed high drama, when the it opened on October 18, for five days, first time after the Supreme Court verdict lifting the ban on entry of women in the age groups of 10 to 50.