Police said that the clash happened after provocation from both sides and eight SDPI workers have been arrested in the case. 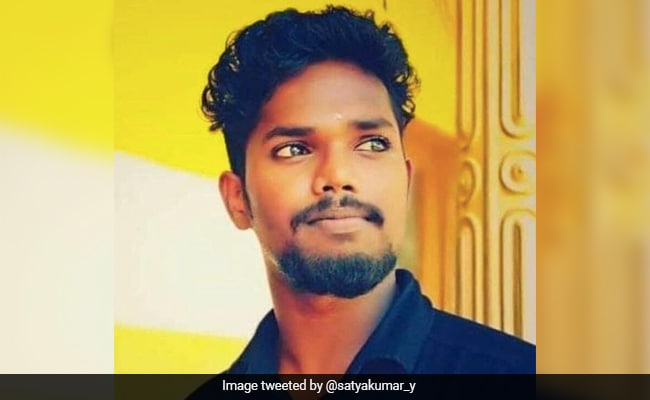 Nandhu Krishna, 22, suffered serious injuries in the attack and died on the way to a hospital

A Rashtriya Swayamsevak Sangh (RSS) worker was killed in a clash between two groups in Kerala's Alappuzha district on Wednesday night, police said. The BJP has called for a 12-hour shutdown in the district after the incident.

The man, identified as Nandhu Krishna, died after a fight broke out between a group of RSS and Social Democratic Party of India (SDPI) workers near Vayalar town last evening, police said.

Police said that the clash happened after provocation from both sides and eight SDPI workers have been arrested in the case.

Mr Krishna, 22, suffered serious injuries in the attack and died on the way to a hospital. Several workers from both sides suffered injuries and are hospitalised.

The BJP has alleged that SDPI has links with extremist outfit Popular Front of India (PFI).

"There was a clash between the two groups near Valayar. The RSS worker was attacked with a weapon and a probe is underway. Eight SDPI workers have been taken into custody. The clash started with the two groups instigating each other," top police sources said.

"The clash happened after local political processions. The first was taken out by the BJP and later by SDPI. The two groups later were seen challenging each other, before the clash happened," Sub Inspector Cherthala told NDTV.

BJP state president K Surendran condemned the killing of the RSS worker. He alleged that the PFI was behind the killing.

Mr Muraleedharan also told NDTV that the this was an "one sided attack" and added that police should have found out that there is likelihood of violence and taken pre-emptive action.

"Why was this not done? State government has to come out with real facts. I have brought (the incident) to the notice of Home Affairs Minister in the central government," he told NDTV.

The SDPI was quick to counter and called the clash "a planned attack" by the RSS and called for an enquiry into Mr Krishna's death.

"SDPI was holding rallies in each constituency ahead of elections when the rally reached Vayalar. RSS workers tried to disrupt the rally but SDPI continued and the RSS workers, who came with weapons, attacked our workers," the SDPI said in a statement adding that four of their workers are hospitalised with serious injuries.

The BJP and other outfits have called for a dawn-to-dusk shutdown in Alappuzha district from 6am to 6pm today in protest against the death, the party's district president MV Gopakumar said.

Kerala: Visuals from Cherthala town in Alappuzha district where BJP and some Hindu outfits have called for a dawn to dusk shutdown in protest against the killing of an RSS worker allegedly by SDPI workers. https://t.co/QsU216dFnrpic.twitter.com/6k4uwJhHMM

Security has been tightened around the area of the incident.