Shashi Tharoor's complaint comes a day after BJP filed a complaint against him for allegedly violating the code of conduct. 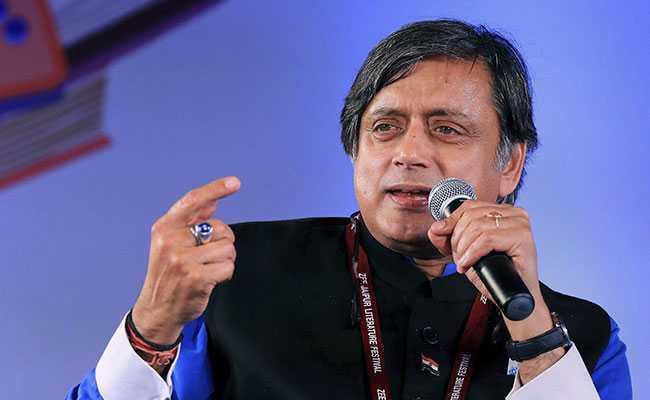 Congress lawmaker Shashi Tharoor has filed a complaint against the BJP and a right wing organization Sabarimala Karma Samithi with the Kerala Chief Electoral Officer against the alleged "malicious attempt" to appeal to religious sentiments of voters.

The complaint has been filed by the sitting parliamentarian and Congress candidate after fliers were distributed in his constituency accusing Congress and communist parties of harming the interests of the devotees of Sabarimala temple.

"Point No. 7 & 9 of the flier published by the Sabarimala Karma Samithi attributes false statements to my name. Point No. 7 claims that I said that female devotees of Lord Avyappa are slaves to superstition. Point No. 9 claims that I insulted the female devotees of Lord Ayyappa who protested against the Kerala Government. This is completely baseless and false", Shashi Tharoor added.

The fliers, according to Mr Tharoor's complaint, consist of a letter to voters by Prime Minister Narendra Modi, a poster of BJP published by www.bharatkemannkibaat.com and an appeal to voters by Sabarimala Karma Samithi.

Sabarimala Karma Samithi is an umbrella organisation of various Hindu organisations that came together for protesting against the Supreme Court that allowed for women of all ages to enter Sabarimala. The organisation was supported by the BJP.

This complaint comes a day after BJP filed a complaint against Shashi Tharoor for allegedly violating the code of conduct.

BJP had raised objection to a poster by the District Congress Committee which has published the photographs of various books of Shashi Tharoor, including "Why am I a Hindu?", Which also has the picture of a Hindu deity.