The incident occurred near the home of the director when a person hit Priyanandan and poured cow dung water on him. 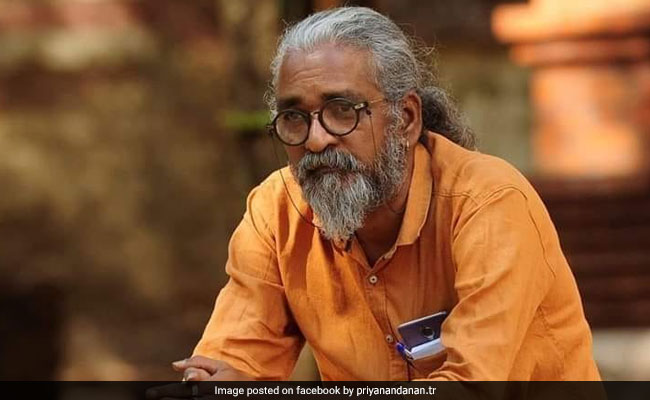 Priyanandan believes the attack came due to his recent social media post on Sabarimala. (FILE)

Speaking on condition of anonymity to news agency IANS, a police officer confirmed the incident that occurred near Mr Priyanandan's home.

"He was beaten up and water mixed with cowdung was flung on him. A probe is on," said the officer.

The person who attacked Mr Priyanandan came forward and asked him to identify himself, the director said.

"It appears that this person was waiting for me. He came after me, hit me, poured cow dung water on me. All this happened around 9 am

"Generally I take a walk on this particular route everyday around 7 am, but today I got delayed. This is not a one-man attack, there are others behind this," Mr Priyanandan said.

The 53-year-old director, whose second film Pulijanma received the National Award for Best Feature Film in 2006, believes the attack came due to his recent social media post on Sabarimala where right-wing activists mounted strong protests after the Supreme Court's September 28 verdict that opened the temple to women of all ages.

He had later withdrawn the post after protests on social media over his position against the forces of the right wing.

Condemning the attack, Chief Minister Pinarayi Vijayan said such attacks would not be tolerated as it was a direct attack on freedom of expression.

"This unholy act has taken place just because he made his point of view in the social media. Soon after his post came, he was under cyber attack. This will not be tolerated and appropriate action would be taken," said Mr Vijayan.

Mr Priyanandan, a known fellow-traveler of the Left, began his film career as an assistant under directors KR Mohanan and PT Kunju Muhammed.

In 2001, he directed his first feature film and till date he has seven films and numerous documentaries to his credit.