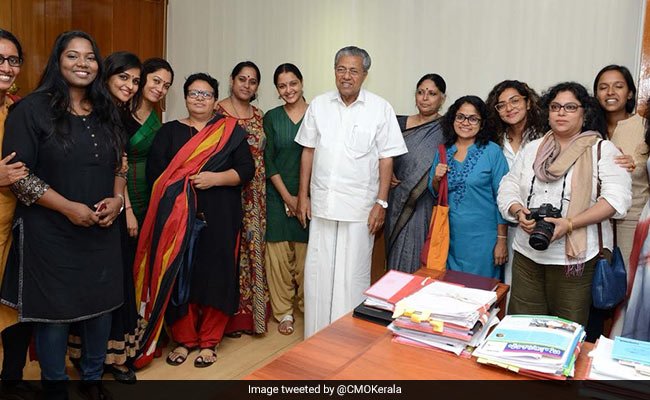 Women in Cinema Collective have raised concern about the problems women face in the film industry.

Women in the Malayalam film industry or Mollywood, through Women In Cinema Collective (WCC), continue their relentless fight against patriarchy among other issues - be it alleged inequalities or abuse at work space.

In an unprecedented move, acknowledging the sea change in discourse brought about by the women's collective that was launched two years ago, Kerala government has allotted Rs 3 crore for women filmmakers in the state budget.

WCC was launched by several women artists in the industry following the sexual assault complaint against famous Malayalam actor Dileep and have been working for numerous causes since then.

"Kerala has been witnessing the rise of very articulate women artists in the film industry who have been challenging the usual male dominated norms...we want to support women artists. 3 crores is not a very big amount, but this can be extended in years to come. There will be some protocols in place. Let's see how this will work out", Finance Minister Thomas Isaac told NDTV.

Last year, some women artists, as part of Women In Cinema Collective, spoke out about films not being offered to them after they expressed their opinion on several important issues.

"The is a very important beginning. It's difficult for anyone to make cinema anywhere in the world. But it's twice hard for women. And being part of Women In Cinema Collective has been further challenging. This is being done for the first time in India", Bina Paul, Vice President of Kerala State Chalachitra Academy told NDTV

"We are also interested in the modalities of what this will materialise into. It would be good to have a criteria of minimum women artists in the films being sponsored from the budget," Bina Paul, who is also one of the founding leaders of Women In Cinema Collective added.