Women Cops Get Rs 1,000 For Right-Wing Leader's Arrest At Sabarimala

In an press release issued by the Kerala police, the cops were awarded with Good Service Entry and Cash reward. 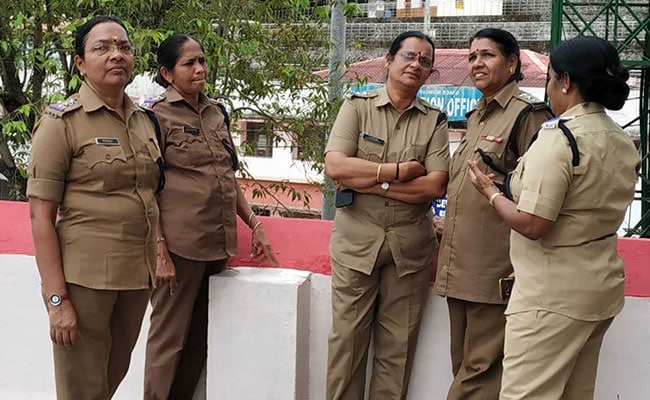 According to the Kerala police, Ms Sasikala had tried to enter Sabarimala after it was shut.

A day after the hilltop temple of Sabarimala was re-opened for devotees on November 16, the state president of Hindu Aikya Vedi, KP Sasikala, was arrested by women police officials in the suspicion of trying to create a law and order problem. Today, the women cops were rewarded for their efforts -- a sum of up to Rs 1,000.

In an press release issued by the Kerala police, the cops were awarded with Good Service Entry and Cash reward. Two police officers received Rs 1000 and eight others received rs 500 for their efforts. 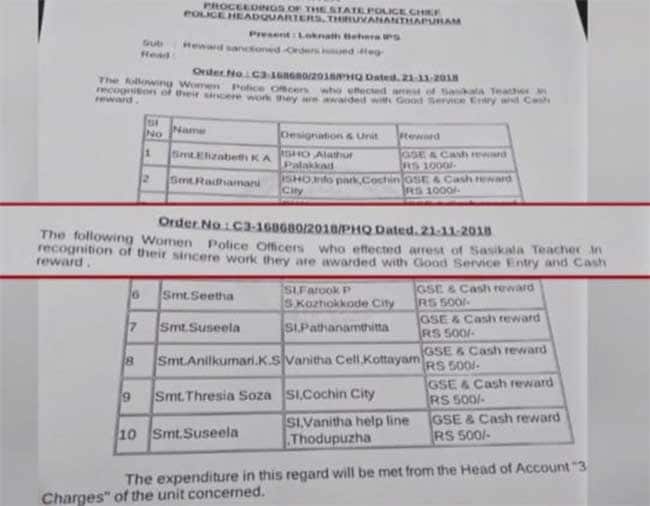 On November 17, Ms Sasikala was about a kilometre away from the 18 golden steps leading to the shrine of Lord Ayyappa nestled in the Western Ghats when she was taken into "preventive custody". She was let off later after she was produced in the court.

According to the Kerala police, Ms Sasikala wanted to stay at the temple premises after it was shut. When they asked her to leave, she had refused. They had to then use force and take her into custody, police said.

"It was good work done by the women police for the first time at the Sabarimala sannidhanam and so the reward," a senior police officer said.

Soon after the arrest, Kerala Finance Minister Thomas Isaac had tweeted, "We will be restrained but firm. To prevent untoward incidents like RSS volunteers taking control of Sannidhanam no one is permitted to stay back or go there after 11 o clock. Ms Sasikala has (sic) no exemption. Sorry, you break law you will be booked, hartal or no hartal."

The Supreme Court, in a historic verdict in September, allowed the entry of women into the Sabarimala temple. Since then, no woman of between 10 and 50 years has been able to enter the hilltop shrine because of massive protests by the devotees. Over a dozen women have tried to trek to the hilltop shrine, but have remained unsuccessful.