Victims Roselin and Padma were tied up and tortured before they were strangled, the police said. The women's breasts were chopped off and the blood was allowed to flow out.

The accused may have "consumed the flesh of the victims", police said.

A couple in Kerala who allegedly mutilated and killed two women in a ritualistic "human sacrifice" to get rich quick may have even eaten the flesh of their victims, the police said today, as shocking new details emerged in the case.

Victims Roselin and Padma were tied up and tortured before they were strangled, the police said. The women's breasts were chopped off and the blood was allowed to flow out. One of the bodies was cut into 56 pieces, the police chief said. The body parts were found from three pits.

The main accused is Muhammad Shafi, described as a "sexual pervert" and sadist who lured the women to the house of Bhagaval Singh and his wife Laila. Shafi was out on bail in a 2020 case involving a sexual assault on a 75-year-old woman.

Shafi allegedly promised the victims money to act in a pornographic film. At the same time, he "advised" Bhagaval Singh and Laila to carry out a human sacrifice to end their financial troubles and become wealthy, the police said.

"There's a possibility that the accused ate parts of body after killing the victims. It is being investigated, but not confirmed yet," said Kochi police chief CH Nagaraju.

Bhagaval Singh, a massage therapist and "healer" with a social media following, was reportedly associated with the state's ruling CPI(M). The party, however, denied that he was a member.

"He worked with us but wasn't a member of our party. He once was a progressive man, but after his second marriage, he became a religious person. It might be the influence of his wife," said PR Pradeep, a CPI(M) official.

Roselin disappeared in June, said the police, and Padma in September. They were murdered on June 6 and September 26, according to the police. 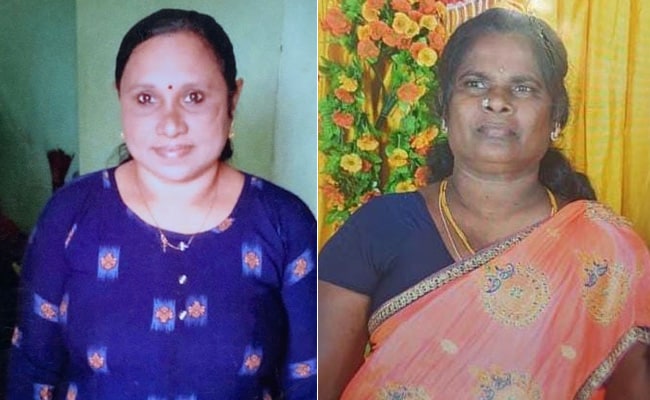 Roselin and Padma were killed as a part of ritualistic sacifice.

The police were investigating the disappearance of Padma when they discovered the killings. The women's phones were traced to Shafi. He was tracked down with the help of CCTV footage and a car that he had abandoned. Investigations led the police to the house in Pathanamthitta, where Bhagaval Singh and his wife reportedly confessed.

Shafi "is a sexual deviant, a psychopathic killer" and the main accused in the case, Mr Nagaraju said, adding that the school dropout was addicted to sexual perversion and "delighted in cruelty".

Padma was strangled and beheaded and her body was chopped into 56 pieces by Shafi, the police said.

Roselin was strangled allegedly by Laila, and her breasts were cut off.

One of the women was tortured with a knife, the investigations suggest.

Shafi is believed to have lured the women after contacting them on social media.

"Prime accused Shafi is a pervert. He committed acts of sexual perversion on the women. We're investigating whether there are more accused and if more such cases happened. His motive was sadism and perversion," Mr Nagaraju said.

Shafi allegedly used his wife's Facebook to look for people with financial difficulties. That is where he reportedly came across Bhagaval Singh and his wife, who, he learnt later, were interested in human sacrifice, the police said.

The police commissioner also referred to allegations of Shafi attempting to rape an elderly woman. The injuries she suffered were similar, he said.