Kerala Floods: The Kerala unit of the Communist Party of India or CPI came under severe flak after Mr Raju, a party lawmaker, left for his trip last week. 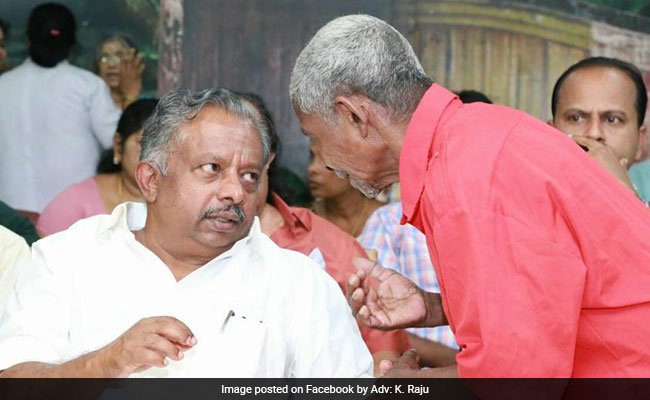 Kerala Forest Minister K Raju on Thursday issued an apology for taking a trip to Germany while the state reeled under heavy floods.

The Kerala unit of the Communist Party of India (CPI) came under severe flak after Mr Raju, a party lawmaker, left for his trip last week.

Speaking to a TV channel, the minister said the timing of his trip was wrong.

"I left for Germany on August 16 to attend a programme of the World Malayalee Council near Bonn. I returned in four days but by that time, the flood situation in the state was already out of control... The timing of the trip was ill-timed and wrong," said Mr Raju.

The entire opposition and a section of his party has demanded Mr Raju's sacking.