Kerala Cumbummettu Police Station: Fed up with the nuisance created by troops of monkeys, the Cumbummettu police station in Nedumkandam in Kerala's Idukki used the snake trick to keep them away. 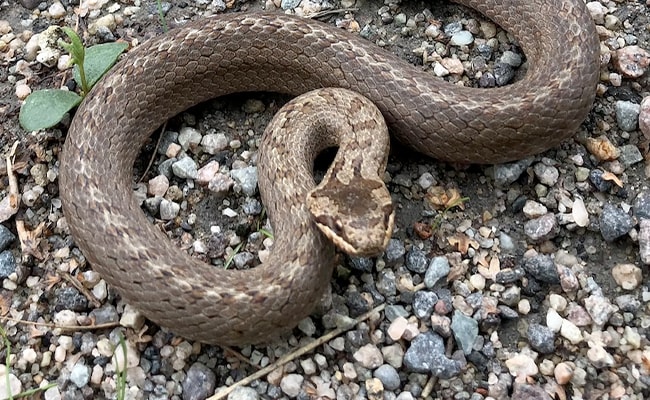 China-made snakes, which resemble real reptiles, are seen all around the cop station. (Representational)

Police personnel are generally considered law enforcers of society. But it is not an exaggeration to say that "snakes" are the "saviours" of these law enforcers in a forest-fringe police station in Kerala's Idukki.

Seeking to shield themselves from the increasing monkey menace in the area, the police personnel have "deployed" a group of rubber snakes around the Cumbummettu police station, located on the Kerala-Tamil Nadu border.

Fed up with the nuisance created by troops of monkeys, which used to stray in from the nearby forest, the policemen finally tried this snake trick to keep them at bay, which is a success so far.

The China-made snakes, which resemble the real reptiles, could be seen fixed in various spots including on the grill of the police station building, branches of the nearby trees and so on.

The police personnel experimented with the 'snake trick' as per the advice of a local estate keeper who was doing the same thing to keep stray animals at bay.

Cumbummettu sub-inspector PK Lalbhai said no monkey has come anywhere near the station after the tying of the rubber snakes.

"We were told that there won't be any more monkey menace if the rubber snakes were tied in places where they usually come in large numbers. There has been no menace after that experiment," he said.

Cumbummettu police station is located in Nedumkandam in Kerala's Idukki.