A Doctor And His WhatsApp Groups Behind Kerala's First Plasma Bank

Jithu P Ajith, the son of a Sub-Inspector who recovered from COVID-19 with the help of plasma therapy, recounted the prompt response of doctors in arranging plasma for his father. 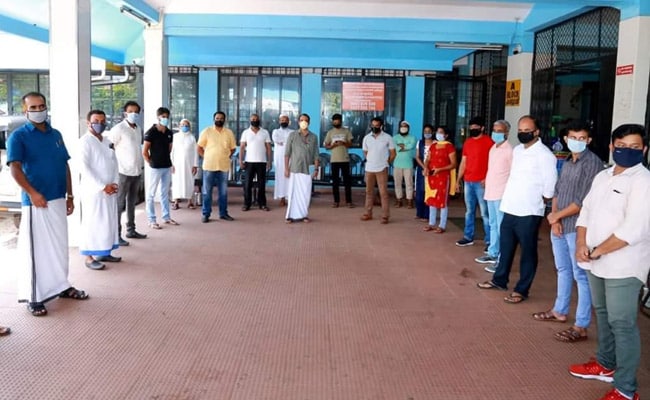 A doctor in Kerala's Malappuram district created a WhatsApp group in March, when the cases of highly contagious coronavirus began to spread in the country, to interact with COVID patients. Dr Shinas Babu, a nodal officer for COVID-19 in Manjeri Medical college in the district, now manages four such WhatsApp groups - a mix of those infected and those who have recovered. These groups became the very basis for mobilising people for Kerala's first plasma bank at a time when the number of COVID-19 infections are spiralling in the coastal state.

Jithu P Ajith, the son of a Sub-Inspector who recovered from COVID-19 with the help of plasma therapy, recounted the prompt response of doctors in arranging plasma for his father.

"In June, my family and I returned to Malappuram. Soon my father tested positive for COVID 19. And then I got a call from the doctor saying he was critical and needed plasma therapy. But even as he was speaking to me to get my consent, the donors were already arranged by the doctors," he told NDTV.

"I used to add patients to whatsapp groups to be able to interact with them directly. Because people are worried, scared and skeptical. So, we used to discuss and clear doubts in the group. There were also those who had recovered and would share their experience," Dr Babu recollects.

"We suddenly needed plasma in May for a patient in his 60s. I put this up in the WhatsApp group. Two people volunteered almost immediately. Unfortunately, the patient did not respond well to the treatment and he died. But eventually we were successful with plasma therapy on four patients," he said.

That's when the doctor shared his idea of a plasma bank with the medical college's senior doctors, District Medical Officer and District Collector, who were fully supportive, he said.

"22 recovered patients from Malappuram donated their plasma on July 11 - the day the Sub-Inspector was discharged. And then based on a second appeal on WhatsApp, another 22 people donated their plasma on July 17. There are another 200 who have given their consent to donate but are waiting to clear the medical requirements like stipulated waiting period for recovered patients first", Dr Shinas Babu said.

Malappuram has a total of 615 recovered COVID 19 patients, and 560 active cases.

In Kerala Mosque Committee's Fight Against Drugs, A Bold Decision