Ajna Nizam asked for 80 books when she got engaged to Ijas Hakkim in October. The groom added 20 more books and presented the 'gift' on their wedding day, December 29. 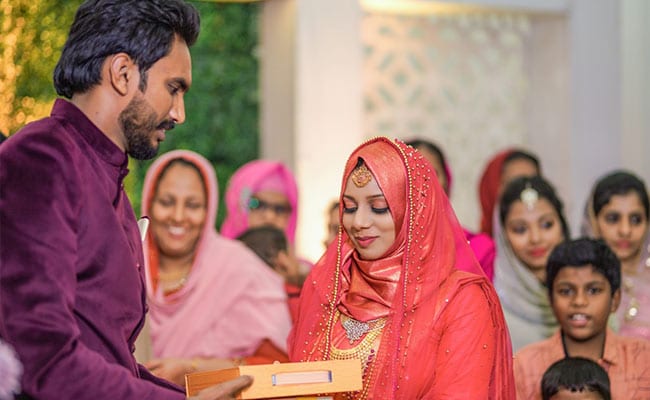 A newly-married Muslim couple in Kerala is winning hearts on social media after the bride made an unusual request, and the groom happily complied.

The young bride, Ajna Nizam, defied convention and demanded books for "mahr", a tradition in which women usually receive a gift of money, jewelry, house or other valuables from their husband's family. Mahr is considered the right of a woman and she can demand anything; the groom cannot refuse.

Ajna Nizam asked for 80 books when she got engaged to Ijas Hakkim in October. The groom added 20 more books and presented the 'gift' on their wedding day, December 29. 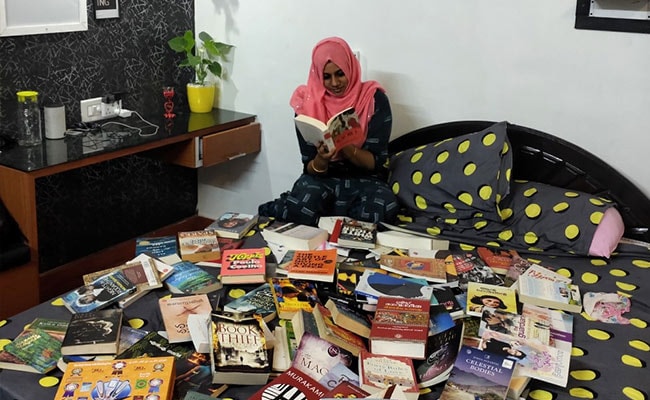 Ajna Nizam pictured with the books she received as mahr.

While many people were less than encouraging and turned up their nose at the unconventional mahr -- according to the bride - what matter was that the groom's family was fully supportive.

A Facebook photograph shared by Mr Hakim of Ajna Nizam surrounded by books, including the Bible, Quran, Gita and the Indian Constitution, has drawn praise on the Internet.

"A love of books, reading and learning as your wedding gift. What a remarkable people you both are. May you both always prosper," wrote Jawad Hussain Qureshi.

Ajna may not be the first to make this unusual demand in Kerala, which has the highest literacy in India. According to a report, a bride had demanded 50 books as mahr in 2016.