3 Fishermen Dead, 8 Missing After Boat Collides With Vessel Off Kerala

According to the information available, the fishing boat, Oceanic, has been completely destroyed in the accident. 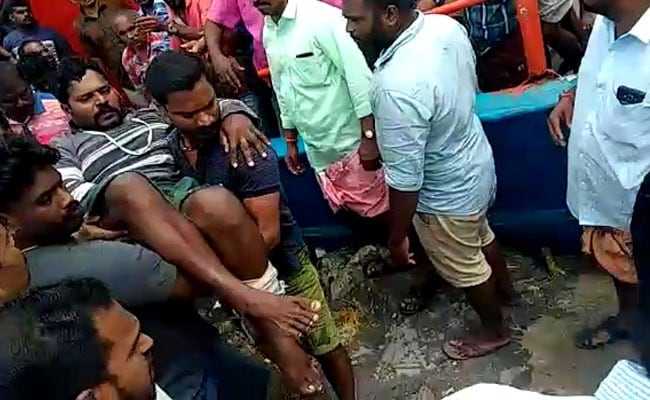 The incident occurred at around 3.30 AM off Chettuva coast, officials said.

At least three fishermen are feared dead and three rescued after their boat was hit by a ship off Kochi cost early in the morning today.

The incident occurred at around 3.30 AM while the boat carrying around 15 fishermen from Munambam area of Ernakulam district was engaged in fishing off Chettuva coast, officials said.

According to the information available, the fishing boat, Oceanic, has been completely destroyed in the accident.

Kerala Fisheries Minister J Mercykutty Amma said that as per initial information three fishermen have lost their lives in the incident. Three fishermen have been rescued so far, and rescue operations have been launched to locate the remaining eight who have been missing following the incident. Navy has deployed a Sea King helicopter for search and rescue of survivors. One Dornier aircraft has also been launched for searching the entire area. In addition, another Dornier aircraft is getting airborne to investigate the merchant ships which were in the area at the time of collision.

"Keeping the distance and time in mind, we are trying to establish the identity of the vessel. We need to find that out. A probe will also be required to ascertain if the guidelines given to boats and ships have been violated. I don't want to get into that for now. Right now focus is on search and rescue operations and establishing the identity of the ship," the minister said.

The ship left the scene soon after the incident, news agency PTI reported.

On June 7, two fishermen were injured when a foreign vessel allegedly hit their fishing boat off the coast in Kochi.