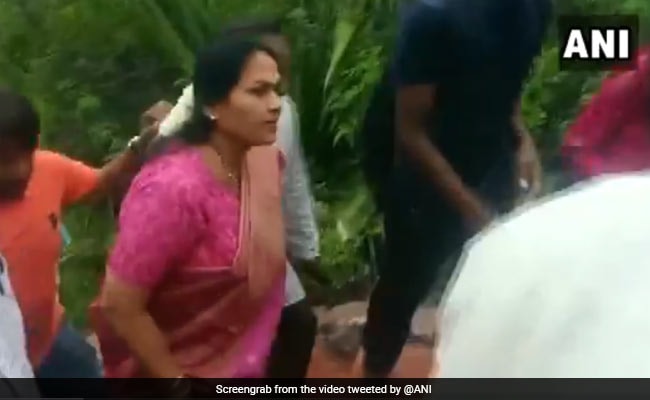 Shobha Karandlaje was accompanied by BJP workers as she climbed the ancient stone stairway.

In Karnataka's dramatic political developments, a BJP parliamentarian drew attention with a 1,000-step climb to pray for the party's BS Yeddyurappa. Shobha Karandlaje, said reports, wanted to offer prayers at the Chamundeshwari temple near Mysuru.

Shobha Karandlaje, in a pink silk saree, climbed 1,008 steps at Chamundi hills barefoot on Friday morning to pray for Mr Yeddyurappa to become the next Chief Minister of Karnataka, reported news agency ANI.

Ms Karandlaje, the BJP parliamentarian from Udupi-Chickmaglur, was accompanied by BJP workers as she climbed the ancient stone stairway to reach the centuries-old temple at a height of 3,300 feet.

Earlier this week, Ms Karandlaje had expressed confidence that the BJP would form the government in Karnataka after winning a floor test in the assembly.

The BJP, hoping to take power with a slim majority in the assembly after the resignations, alleges that the ruling Congress-Janata Dal Secular coalition is delaying a trust vote despite the fact that it is in a minority.

The 13-month-old Congress-JDS government slumped into a minority after the resignation of 16 legislators. If the resignations are accepted, the BJP, with the support of two independents who have withdrawn support from the coalition, will have a majority.