Karnataka Chief Minister HD Kumaraswamy expanded his cabinet by inducting 2 Independent MLAs into the ministry in a move to give stability to the government. 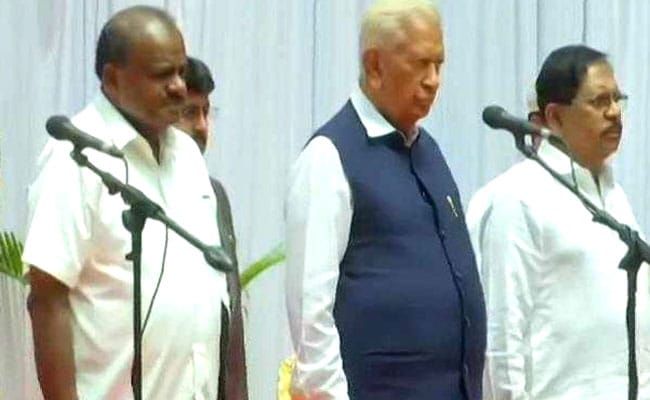 Karnataka Chief Minister H D Kumaraswamy today expanded his cabinet by inducting two Independent MLAs into the ministry in an apparent move to give stability to his 13-month-old wobbly government.

In the much-awaited expansion, R Shankar and H Nagesh were sworn in as cabinet-rank ministers by Governor Vajubhai Vala, who administered them the oath of office and secrecy at a ceremony at the Raj Bhavan.

Mr Shankar had served as minister during the initial days of the Kumaraswamy government but was dropped from the cabinet during the rejig in December last year.

As the BJP failed in its alleged attempts to topple the coalition government, the two lawmakers made a U-turn and moved closer to the coalition.

The two were inducted from the JD(S) and Congress'' share in the ministry, in an attempt to block chances of their switching over to the BJP whom the ruling coalition has accused of trying to dislodge the Kumaraswamy government.