Union leaders were criticised for "creating unnecessary confusion, by joining hands with Kodihalli Chandrashekhar " - who is leading protests against "anti-farmer" laws 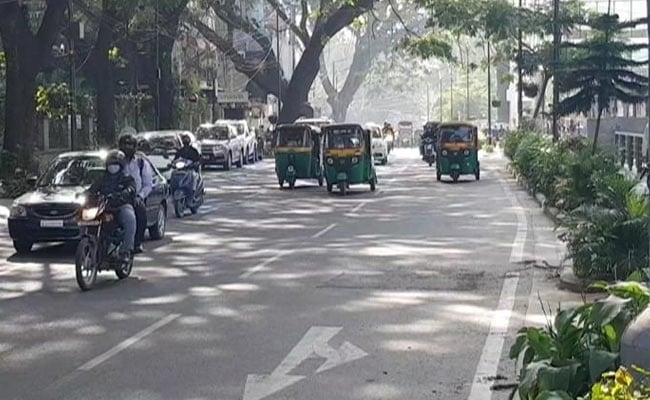 On Sunday the government met KSRTC (Karnataka State Road Transport Corporation) union leaders and agreed to all but one of their demands, leading it to believe the strike was over. Hours later, however, a majority of state-run buses were still off the streets and staff remained on strike.

Union leaders have been criticised for "creating unnecessary confusion by joining hands with Kodihalli Chandrashekhar " - who is leading protests against "anti-farmer" laws by centre and state.

"A sincere effort was made to resolve problems faced by KSRTC staff in (the) meeting convened by Deputy Chief Minister Laxman Savadi and Home Minister Basavaraj Bommai. Except the call to consider staff as government employees, promises were made to fulfill demands such as rectifying salary differences, payment of Rs 30 lakh ex-gratia to employees who died of COVID-19 and action to avoid harassment by senior officials," Chief Minister BS Yediyurappa's office said.

"Although the employees' association leaders agreed to this and said they would announce the same at Freedom Park (the protest site in Bengaluru), now they are creating unnecessary confusion by joining hands with Kodihalli Chandrashekhar."

"It is not appropriate for Kodihalli Chandrashekhar to mislead the employees and his malafide intentions are condemnable," the statement added.

"Transport services are essential... without communication, employees went on strike. This caused inconvenience and the government responded immediately. We called them for talks and have given maximum concession. Only accepting them as government employees is not acceptable. I think they need to immediately call off the strike," Dr Ashwath Narayan, the Deputy Chief Minister, told NDTV.

"The protest is being led by farmer leader Sri Kodihalli Chandrashekhar. I call upon him also not to precipitate issues. It is not in the interest of the people. Be flexible. It is good for everybody. If you try to harden your stance, it will break. The government has done its best. Even during Covid, they were paid salary," Dr Narayan added.

"My demand is that employees of all four state bus corporations should become state government employees," Chennakeshava, the General Secretary of the employees' union, told NDTV, adding, "Salaries should be equal. If they do not agree then then strike will continue."

Mallikarjun, who works as a conductor in the Bengaluru Central Division, told NDTV: "We are suffering. We are not in a position to pay our children's school fees. We are not able to lead a proper life. We request the government to follow up on their promises. Words are not enough."

Kodihalli Chandrashekhar also told NDTV why he was supporting the bus strike.

"We are all farmers' sons. The government has agreed to nine of 10 demands. But they want the status of government employees," he said, referring to the one demand the state has, so far, refused to consider.