Karnataka Bandh Highlights: While most private school managements have decided to remain shut, for government schools, district administrations have been authorized to take a decision, depending on the situation. Several examinations have also been rescheduled. 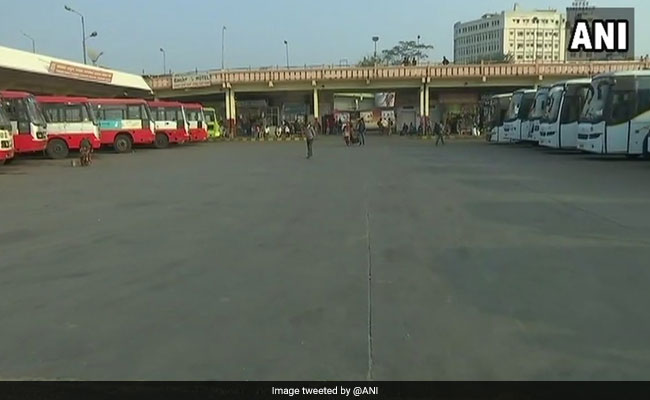 Bengaluru: Normal life is likely to be hit in Karnataka today following the state-wide bandh called by several pro-Kannada outfits demanding the Prime Minister's intervention in the inter-state Mahadayi river water dispute with Goa. The dawn-to-dusk bandh is expected to be in total in the northern districts that come under Malaprabha river basin. In other parts, normal life may be disrupted as certain public services are expected to decide on their operations, depending on the situation

While most private school managements have decided to remain shut, for government schools, district administrations have been authorized to take a decision, depending on the situation. Several examinations have also been rescheduled. The film industry and multiplexes are likely to stop operations today. Petrol bunks, banks and agriculture Produce Marketing Committees are expected to function as usual. State transport buses are likely to ply. However authorities say the services will depend on the situation. Autorickshaws and taxis are also likely to follow the norm.

Here are the highlights of the Karnataka Bandh:
Jan 25, 2018 21:47 (IST)
Bengaluru city police tweeted saying the city was back to normalcy. Similar reports had come in from different parts of Karnataka, where the bandh was peaceful.

Buses started plying on roads and shops and commercial establishments reopened as well.
Jan 25, 2018 12:52 (IST)
Goa's water resources minister Vinod Palyekar recently said the state government will file a contempt petition next month before the Supreme Court and the tribunal against Karnataka for allegedly resuming work on a canal at Kankumbi "in violation" of of the top court order.
While Goa claims they have photographic evidence of the work, Karnataka has denied all allegations, reported news agency PTI.
Jan 25, 2018 12:50 (IST)
Goa water resources department's chief engineer S T Nadkarni issued an order on Tuesday for the formation of a committee to monitor any activity in Maharashtra and Karnataka on the river or its tributaries. The committee will comprise four officers from the state water resources department, reported news agency PTI.
Jan 25, 2018 12:49 (IST)
The Goa government-run Kadamba Transport Corporation Limited (KTCL) has suspended its bus services to Karnataka today owing to the bandh called in the neighbouring state over the Mahadayi River water dispute.
"The services to Karnataka have been suspended for a day due to the strike called by them. The services will resume once the strike is called off," KTCL's managing director Deryk Natto told PTI today.
He said 23 buses which were regularly plying to Karnataka have been kept off roads till further orders. However, the buses to Hyderabad, which have to pass through Karnataka, moved during the early hours today before the bandh started, Mr Natto said.
Jan 25, 2018 12:25 (IST) 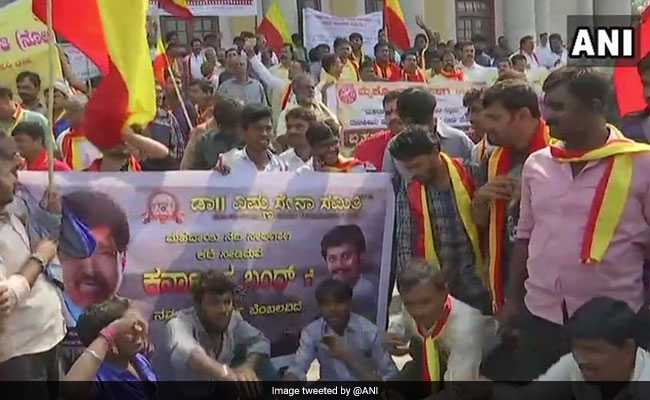 Protests in Bengaluru's town hall during call for shutdown in Karnataka over Mahadayi water dispute
Jan 25, 2018 11:17 (IST)
Taxis remain operational in the state as are cab aggregators Ola and Uber.
Jan 25, 2018 11:09 (IST) 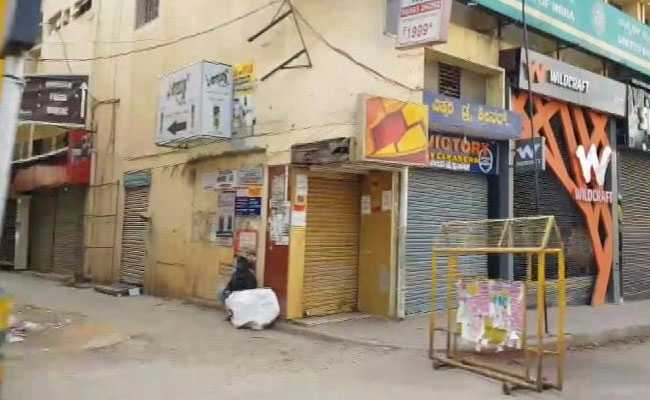 BJP Calls For Retaliatory Shutdown During Rahul Gandhi's Karnataka Visit
In a tit-for-tat move to the bandh call during BJP President Amit Shah and Prime Minister Narendra Modi's visits to Karnataka, the party's state unit today decided to observe district specific shutdown during Congress chief Rahul Gandhi's state tour in February.
Jan 25, 2018 09:53 (IST)
BJP party president Amit Shah is scheduled to address a rally in Mysuru today to mark the culmination of the state wide Parivartana Rally of BS Yedurappa, the BJP's chief ministerial face in Karnataka. Karnataka goes to poll later this year.
Jan 25, 2018 09:47 (IST)
On account of the shutdown called by various organizations, as a precautionary measure, Wipro Limited has declared holiday for employees in Karnataka today. Business Continuity Plans have been invoked to avoid disruption to mission critical project, tech-giant Wipro said in a statement reported by news agency ANI.
Jan 25, 2018 09:44 (IST)
Protesters attempted to stall rail and road traffic in some places. Buses are off the roads and there is less traffic on Bengaluru's usually crowded roads. Some autos continue to ply despite call for shutdown.
Jan 25, 2018 09:42 (IST)
Schools and colleges will remain shut today in Bengaluru. Shopping malls will remain shut. Some restaurants and small shops are expected to remain open.