Villagers, including school students, are compelled to use wooden logs over the bridge to cross the river. Makeshift boats are also being used to cross the overflowing stream. 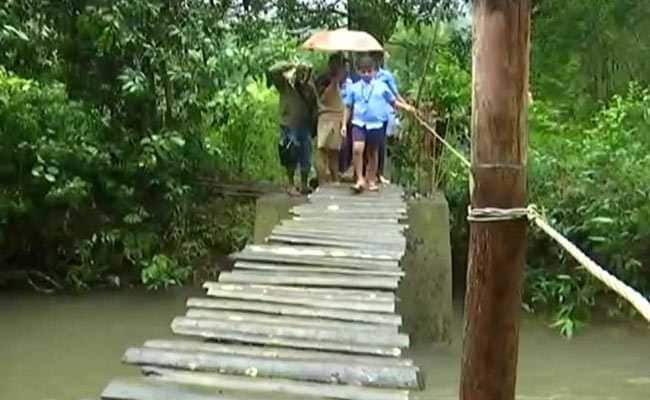 The bridge to cross the river is damaged due to heavy rains.

Heavy rains in many parts of Karnataka have led to overflowing streams and dams. In Chikmagalur, which has received excess rainfall during monsoons, people are risking their lives every day to cross a river through a damaged bridge.

Villagers, including school students, are compelled to use wooden logs over the bridge to cross the river. Makeshift boats are also being used to cross the overflowing stream. 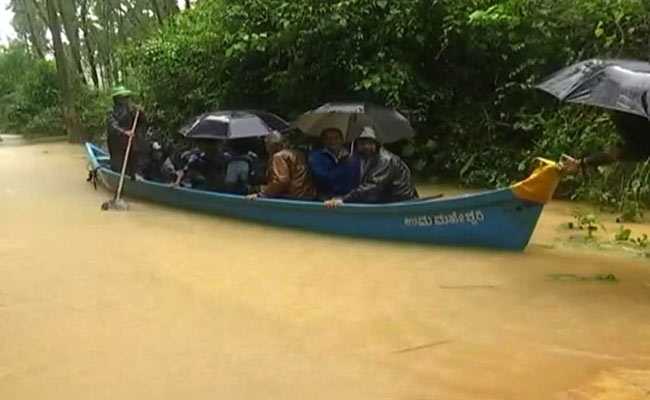 "We have left it to the discretion of the schools to announce holidays to the students as in this district we have different types of topography, some receive very heavy rainfall, some less. We haven't forced any school to stay open during heavy rainfall," said Prasanna Kumar, Block Education Officer of Thirthahalli.

Talking about the problem of informing the students about holiday during rainy days, he admitted that network issues exist and "the best decision would be to shift the students near school or get them into a hostel in the town from where they can easily reach."

One of the students said, "I love my school but we are facing heavy rain problem. There is no electricity, hostel or bus facility, so travelling and studying is a big problem. Request government to look into this so that our studies do not get affected."

#WATCH: Students use log bridges to cross streams in Chikmagalur, that are overflowing due to heavy rainfall, to reach their school in Kammaradi. #Karnataka (16.07.18) pic.twitter.com/qj2CigxBDV

Data shows 70 per cent of the state has received excess rainfall during monsoons, paralyzing normal life in many areas.

Some of the other areas that are worst affected by rain are Sringeri, Balehonnur, Narasimharajapura, Mudigere, Kudhremukh and Koppa.