The 62-year-old was the only one of the 20 candidates fielded by Mayawati's Bahujan Samaj Party to win a seat in the Karnataka assembly elections. 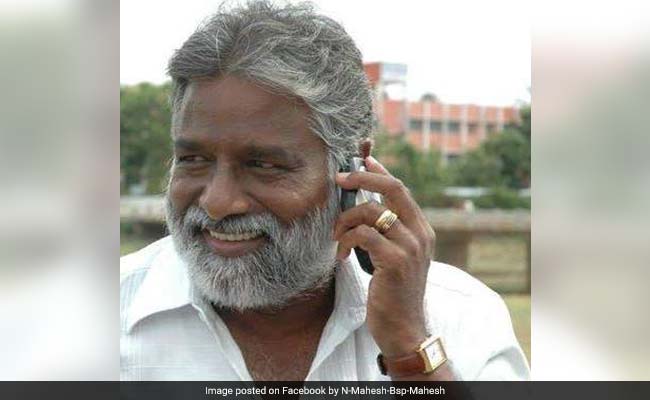 N Mahesh's entry into the cabinet also sets the gold standard for the alliance of opposition parties.

Bengaluru: Of the 25 lawmakers of Karnataka's ruling coalition to join HD Kumaraswamy's cabinet on Wednesday, one man stood out. N Mahesh, a former bureaucrat who joined the Bahujan Samaj Party after quitting government service, made a point with his blue jacket and matching pair of trousers, the colour associated with the Dalit movement. When his turn came, he chose to take the oath in the name of Buddha, Basavanna and Ambedkar.

The 62-year-old was the only one of the 20 candidates fielded by Mayawati's Bahujan Samaj Party to win a seat in the Karnataka assembly elections. Today, N Mahesh also became the only lawmaker from the BSP outside Uttar Pradesh to become a cabinet minister.

That elevation came about after BSP leaders in Lucknow and Delhi reached out to its two alliance partners, the Congress and the Kumaraswamy-led Janata Dal Secular to seek a cabinet berth for its lawmaker to help the BSP make inroads into the Dalit community that makes up for about 20 per cent of the state's population.

The Dalit community in Karnataka is largely divided into the Chalavadis, referred to as "Right Hand" and the Madigas or the "Left Hand". While the Chalavadis have traditionally been associated with the Congress, the Madigas drifted towards the BJP after the disintegration of the Janata Dal in the 1990s.

It is this chunk of voters that Deve Gowda and Mayawati had tried hard to recover.

Promoted
Listen to the latest songs, only on JioSaavn.com
N Mahesh's entry into the cabinet also sets the gold standard for the alliance of opposition parties.

It implies that the dominant player in a state should not go by the total seats won by each partner but share the frills with smaller parties, even if it is seen to be disproportionate to their strength in the house. The BSP lawmaker's induction is also seen as rejoinder to her critics that the formation of the Congress-JDS alliance was Mayawati's victory as well.