The minister said the Centre is supplying 1,000 vials of medicine for treatment of Mucormycosis and allocated 1,200 MT of medical oxygen to the state 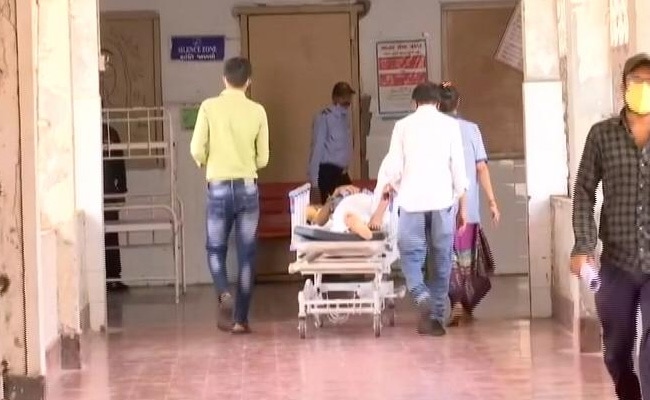 Black Fungus: An experts' panel has been formed to find the cause (Representational)

The Centre is supplying 1,000 vials of medicine for treatment of Mucormycosis, he said, adding 446 people have been affected by this infection, while 433 have been admitted to hospitals and 11 are in home isolation.

"Instruction have been issued to shift them to hospital as well...12 people have died due to this infection so far," Mr Sudhakar said.

The Minister said a committee of experts had been constituted to find the cause of this infection, and as per their report, contaminated water used in the humidifier, excessive use of steroids, unsterilised medical equipment, prolonged use of same mask, tube, beds etc.are the primary source.

It has also suggested stopping renovation work in Covid hospitals, and not allowing outsiders into ICU wards and ensuring hygiene in clinical facilities, he was quoted as saying in a release by his office.

North Karnataka is facing shortage of doctors and this move will solve this issue, he said. Gadag, Hubballi, Belagavi, Raichur and other districts will be given priority.

Pointing out that the centre has allocated 1,200 MT of medical oxygen to Karnataka, the minister said all Covid hospitals have been asked to install CCTV cameras to ensure transparency.

"This will reduce outsiders entry and will help in controlling Mucormycosis.This will also ensure that medical staff carry out their duty properly. Central control centre will handle the data of all districts," he said.