Bengaluru rains: The weather department has predicted heavy rains for the next 2-3 days. 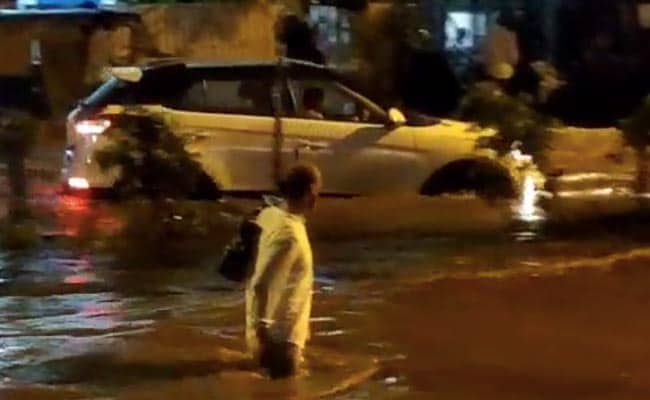 Heavy rainfall caused chaos in Bengaluru on Tuesday, with overflowing drains, knee-deep water level in many parts of the city. Several low-lying areas like Nayandahalli, Okkalipurum, Silk Board, and Cambridge layout were flooded.

Karnataka Chief Minister Basavaraj Bommai visited the rain-hit areas and announced compensation for flood-hit victims in the city. The Chief Minister said, "all the houses flooded during a heavy rain will be provided Rs 25,000 compensation, and arrangements would be made to clean the house and basements."

The Chief Minister acknowledged that the work of the storm water drains was incomplete and it would be taken on a war footing.

Residents claim that not much has been done for declogging drains. Vinod, a resident of Bengaluru said, "these drains are used by other departments like the Bengaluru Water Supply and Sewage Board and Bangalore Electricity Supply Company for laying cables and pipelines and the underground intersection are being blocked causing drains to get clogged and they are not desilted regularly."

Dr Geeth Agnihotri, of India Meteorological Department (IMD) said the heavy rains are due to cyclonic circulation in Tamil Nadu and Karnataka can expect heavy rains for the next two-three days in coastal areas. The weather department has issued an orange alert for Bengaluru.

A Mercedes SUV was seen floating on the flooded streets of Bengaluru, while many vehicles were stranded as the city came to a standstill. Grace D'Souza a resident of Bengaluru's KR Puram said "nothing has changed in the last four years. Every time there is a spell of rain, the underpass floods. The place has not changed a bit, nothing has been done for many years."

The metro services were halted due to a power failure caused by thunderstorms yesterday night, though the services were restored later today morning.