UPSC Chairman Pradeep Kumar Joshi To Have Tenure Till April 4, 2022

UPSC's new chairman Pradeep Kumar Joshi will have a tenure till April 4, 2022, officials said on Saturday. Mr Joshi had joined the Union Public Service Commission (UPSC) as its member on May 12, 2015. 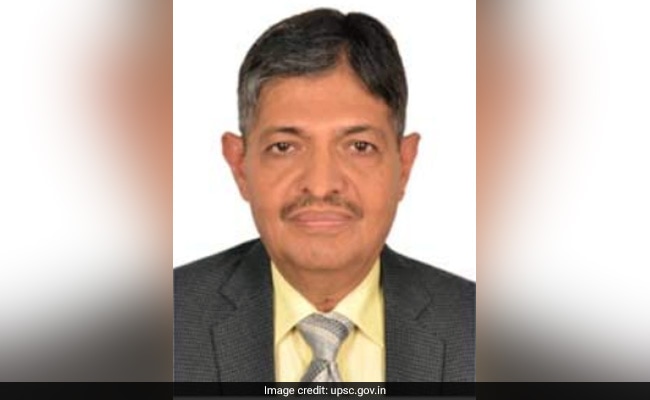 Prior to joining the UPSC, he was the chairman of the CGPSC and the MPPSC.

UPSC's new chairman Pradeep Kumar Joshi will have a tenure till April 4, 2022, officials said on Saturday. Mr Joshi had joined the Union Public Service Commission (UPSC) as its member on May 12, 2015.

On Friday, he was administered the oath of office and secrecy by Arvind Saxena, the outgoing chairman of the UPSC.

The commission conducts the civil services examination to select the country's bureaucrats and diplomats.

The officials said Mr Joshi will have tenure till April 4, 2022 as the chairman of the UPSC.

He also served as the Director of National Institute of Educational Planning and Administration (NIEPA) here, it said.

"In his illustrious academic career, Professor Joshi taught more than 28 years at post-graduation level and held many important positions in various policy making, academic and administrative bodies," the statement said.

A specialist in the field of financial management, Professor Joshi has published and presented research papers in several national and international conferences and seminars, it added.

With his appointment as the chairman, there is a vacancy of a member in the UPSC.