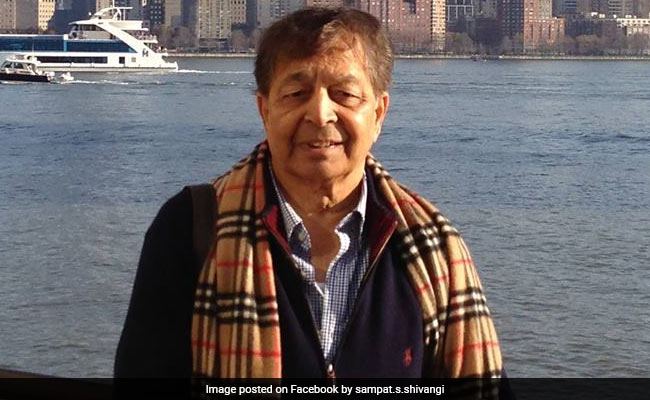 Sampat Shivangi, founding president of American Association of Physicians of Indian-origin in Mississippi

Sampat Shivangi, an influential Indian-American community leader, has been invited to serve on the national advisory committee of a key health body in the US, which deals with mental health.

"The appointment is for the term beginning immediately and ending on July 30, 2023," Mr Azar said.

In a statement, Mr Shivangi said that he is "honoured" to be invited to the national advisory body on mental health.

"I am honoured that President Donald Trump's Administration and the US Secretary of Health and Human Services Alex M Azar II, have appointed me to the coveted post to serve on Center for Mental Health Services, National Advisory Council for four year term ending July 30, 2023," he said.

"Having served on the Mississippi State Board of Mental Health for more than a decade as Vice Chair and Chair, this is unique honour for me to serve on the National Advisory Council and I look forward to serve the nation with my best of abilities," Mr Shivangi said.

Mr Shivangi thanked President Trump and Alex Azar for their consideration and the opportunity to serve.

Advisor to the US department of Health & Human Services from 2005-2008 during the Bush Administration, Mr Shivangi is a recipient of the Pravasi Bharatiya Samman Award, 2017 for his contributions to India-US relationship.

Sampat Shivangi has been a conservative life long member of the Republican party, hailing from a strong republican state of Mississippi. He has involved many philanthropic activities serving with Blind foundation of MS, Diabetic, Cancer and Heart Associations of America, according to his website.