Jody Wilson-Raybould, Minister of Justice and Attorney General of Canada, on Friday announced Palbinder Kaur Shergill's appointment as a judge at the Supreme Court of British Columbia in New Westminster. 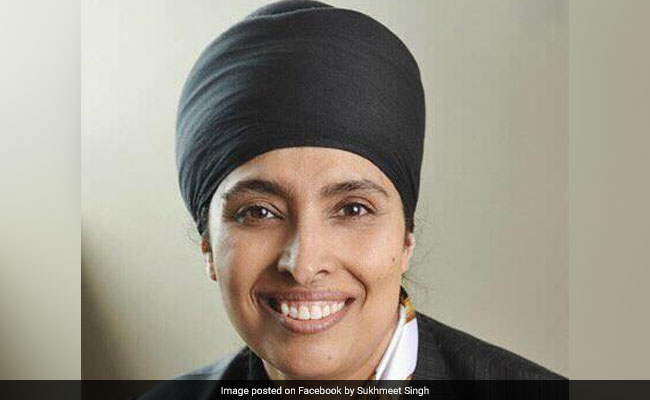 Palbinder Kaur Shergill is a recipient of the Queen's Golden Jubilee Medal for Community Service. (File)

Canberra: Indian-origin Sikh human rights advocate Palbinder Kaur Shergill has been appointed a judge at the Supreme Court of British Columbia in New Westminster. Ms Shergill is the first turbaned Sikh to be appointed to the judiciary in Canada.

Jody Wilson-Raybould, Minister of Justice and Attorney General of Canada, announced the appointment on Friday under the new judicial application process announced on October 20 last year.

Welcoming the decision, World Sikh Organisation (WSO) President Mukhbir Singh said: "The appointment of Justice Shergill is another milestone for the Sikh community in Canada. It is a matter of great pride that today we have the first turbaned Sikh appointed to the judiciary in Canada."

The appointment was made with immediate effect as Justice Shergill replaces Justice EA Arnold-Bailey, who retired on May 31, a report by news portal Voice Online said.

Regarded as a leading human rights advocate, she has been instrumental in helping shape human rights and religious accommodation law in Canada through her work as general legal counsel for the WSO since 1991.

Prior to her appointment to the bench, Ms Shergill practised as a lawyer and mediator with her law firm, Shergill & Company, Trial Lawyers.

She has extensive trial and appellate experience and has appeared before courts and tribunals across the country, including the Supreme Court of Canada.

Ms Shergill was appointed Queen's Counsel in 2012 and is a recipient of the Queen's Golden Jubilee Medal for Community Service. She lives in Surrey with her husband, daughter and twin sons.

Promoted
Listen to the latest songs, only on JioSaavn.com
She was born in Punjab and immigrated to Canada with her family at the age of four. She grew up in Williams Lake, British Columbia, and received her law degree from the University of Saskatchewan.

Called to the British Columbia Bar in 1991, she has held leadership positions both within and outside the legal community. She has been involved with the Cabinet of Canadians, the Trial Lawyers Association of British Columbia, and the Canadian Bar Association.