Bharat Anand, who is the Henry R Byers Professor of Business Administration, will take over in October from Peter Bol as new vice provost for advances in learning (VPAL). 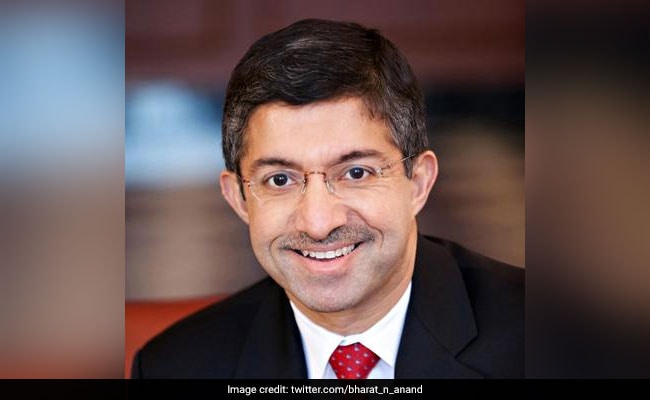 An Indian-Origin professor at Harvard Business School has been named Harvard University's new Vice Provost for advances in learning, a role that focuses on teaching and learning innovation.

Bharat Anand, who is the Henry R Byers Professor of Business Administration, will take over in October from Peter Bol as new vice provost for advances in learning (VPAL).

A report in The Harvard Gazette said the Harvard Business School professor is also the Senior Associate Dean and faculty chair of HBX, the school's digital learning initiative that he helped create. Mr Anand said he is looking forward to the challenge and opportunities of his University-wide role.

"Harvard has been a hotbed of innovations in pedagogy and learning during the last few years," he said in the Gazette report.

"It's a good time to take stock of what we've learned from these various projects and how this might inform our future efforts, while also recognizing that we are still probably in the early stages of imagining and shaping what the future of higher education will eventually look like."

In announcing the appointment, Provost Alan Garber cited Mr Anand's experience with HBX, describing him as among the most dedicated contributors to the University's efforts to explore innovations in learning.

"He is a distinguished scholar of organisational strategy and digital change, and he is an accomplished teacher, having twice received the HBS Faculty Award for Teaching Excellence," Mr Garber said in his statement adding that he is impressed by Mr Anand's leadership and strategic insight, ability to innovate and collaborate, and his deep analytic skills.

Mr Anand said the University's various efforts to leverage technology to improve education have already been impressive, particularly in reaching and engaging learners far beyond campus.

He also highlighted three areas of priority in his new role - amplifying and supporting existing efforts while continuing to innovate; exploring how these projects across the University can not only achieve their own specific goals, but also support those of other initiatives; and examining how these advances can be extended and applied to the on-campus residential educational experience, the Gazette report said.

Mr Anand received his BA in economics from Harvard College and his PhD in economics from Princeton University. He is a recipient of the Greenhill Award for outstanding contributions to Harvard Business School.

Mr Bol said Mr Anand was instrumental in establishing HBX as a model for excellence in online business education.

The office of the vice provost for advances in learning was established in 2013 to oversee initiatives such as HarvardX, the University's online learning platform. The Office offers faculty and students support and services to create high-quality 21st century learning and research environment on campus and online.

The ultimate aim is to ensure that Harvard remains the leader in teaching and learning innovation.

The vice provost for advances in learning also oversees the Harvard Initiative for Learning and Teaching (HILT), whose aim is to catalyze innovation and excellence in learning and teaching, the report said.