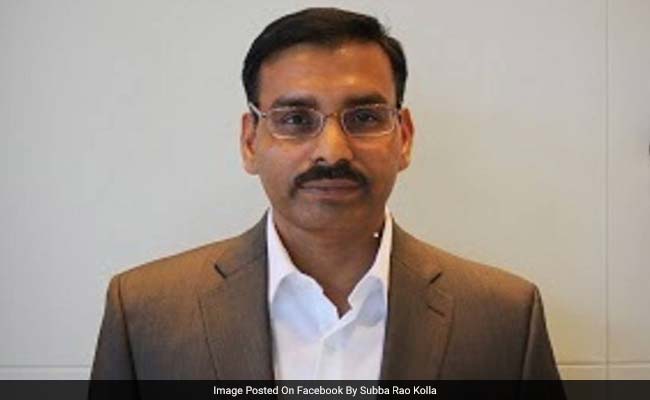 Subba Rao Kolla immigrated to the US in the 1990s and became an American citizen in 2008.

Kolla, a real estate businessman and a community activist, if elected, will become the first Indian-origin member of the Virginia House of Delegates, American Bazaar reported.

Kolla immigrated to the US in the 1990s and became an American citizen in 2008.

In a statement, Kolla said: "Whether helping new citizens navigate the area and become citizens or volunteering as I have for the past three years on the Loudoun County Board of Equalization, I understand the importance of having accessible, hands-on help from our elected officials.

"My top priorities as a member of the State House will be education, transportation and working with small businesses and taxpayers to reduce government interference and regulation. As a conservative Republican, I believe the government that governs least, governs best," he added.

Kolla is a realtor in Loudoun County, having worked in real estate for over 10 years, and is well-known among the local Telugu community.

He holds an M.Tech degree from the Indian Institute of Technology, Kharagpur, and owns his own real estate firm, Advin Realty.

He is also engaged with the Indian American community, both at the local and national level. His work with the community has been lauded by former Virginia Governor Bob McDonnell as well as by the Telugu Association of North America (TANA).

Promoted
Listen to the latest songs, only on JioSaavn.com
Kolla was one of the delegates during the Republican National Convention held in Cleveland last July.

(This story has not been edited by NDTV staff and is auto-generated from a syndicated feed.)
Comments
Subba Rao KollaIndian American RealtorVirigina AssemblyVirginia House of Delegates