Technology companies around the world and in Singapore are freezing hiring or downsizing in the face of sluggish consumer spending, higher interest rates and inflation. 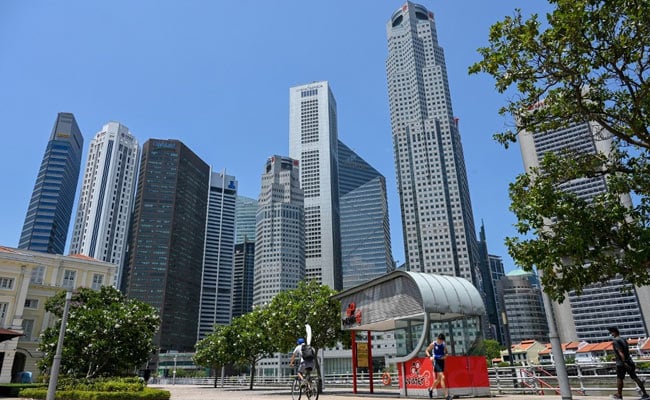 About a quarter of Singapore's 177,100 employment pass holders are from India. (File)

Meta, the parent company of Facebook, has announced it was laying off about 11,000 employees, or 13 per cent of its global workforce. It's the first mass redundancy exercise for the 18-year-old social media behemoth.

Its Asia-Pacific headquarters in Singapore was not spared. Media reports speculated that out of the estimated 1,000 employees in Singapore, perhaps up to 100, have been affected, majority of whom are tech workers including software engineers.

Based on the 2021 Singapore Ministry of Manpower figures, about a quarter of the 177,100 employment pass holders or around 45,000, are from India. Employment pass holders are the highest qualified foreign professionals that are allowed to work in the country and must earn at least SGD 5,000 ($3,700) per month.

No doubt many of these are impacted by not only Meta's layoffs but also other redundancies happening in the tech sector.

Technology companies around the world and in Singapore, a major tech hub where many of the tech giants host their regional headquarters, are freezing hiring or downsizing in the face of sluggish consumer spending, higher interest rates and inflation.

Singapore-based gaming and ecommerce powerhouse Sea Limited, the parent company of Garena, (publisher of games like League of Legends and Free Fire), and Shopee, made two rounds of cuts in June and September and rescinded job offers. Sea had 67,300 employees as at the end of 2021, doubled its headcount the year before, according to the company's most recent annual report.

Following a net loss of $931 million in the second quarter of this year, and amidst mounting cost of borrowing and a slowing global economy, the company scaled back its overseas footprint and periphery businesses with the aim to boost profitability by consolidating its position in its key markets and core products.

The company did not reveal the number of job cuts but the job losses in Singapore and in its offices around the world is estimated to be in the hundreds.

"Last year, a lot of what happened was a lot of cheap capital in the market flooded the market (which) allowed companies to grow really at any cost," said Jessica Huang Pouleur, a partner at venture capital firm Openspace, to CNBC in June. "What happened was people hired very rapidly. You have a problem; you just throw people at it. I think we'll likely see more of it to come over the course of the next few months."

In November, digital payments start-up Stripe and social media network Twitter were among the companies that had job cuts in their Singapore offices.

On November 3, Stripe announced said it would cut its global workforce by 1,000 or 14 per cent. After the job cuts, Stripe will have about 7,000 employees. Some Singapore-based jobs were also impacted.

A day later, Twitter laid off half of its global headcount or about 3,700 employees - a week after Elon Musk's takeover. Those in the Singapore office were also affected. Singapore's Straits Times reported that among those impacted were staff from its engineering, sales and marketing teams.

Start-ups in the region were particularly affected due to a fall in venture capital funding levels this year. According to a Crunchbase report, funding in the region dropped by 7 per cent in the first quarter of 2022 to $36.3 billion compared to the same quarter last year.

Many tech companies expanded rapidly during the COVID pandemic as much of the world stayed at home and formed habits which created a spike in demand for online services. As consumer behaviour began to normalise after the lockdowns, some of these habits have shifted. This coupled with inflation and rising interest rates has put a squeeze on all tech companies. Some call the recent fall in share prices of big tech companies an overdue correction.

While revenue and jobs in the tech will be impacted in the short-term, and market volatility is likely in the near future, the tech industry is expected to continue to grow in the long-term.

A recent article published by consulting and recruitment specialist Mercer says that the demand for tech jobs and talent continues to outstrip supply in Asia. The evidence Mercer claims is in the starting salaries for graduates with a computing degree.

Comparing Mercer's data from 2018 and factoring the time it generally takes for one cohort in most locations to complete an average degree course, there has been significant growth, primarily driven by massive hiring in emerging tech markets such as Vietnam (59 per cent increase) as well as lower-tier cities in China (22 per cent increase).

Furthermore, economies across Asia are getting digitalised. According to a research by Google, Temasek Holdings and Bain & Co, the internet economy in Southeast Asia, is projected to double to $363 billion by 2025, surpassing the previous forecast of $300 billion.

The tech industry always goes through "periods of major adjustments and corrections", such as the "dotcom bubble" in the mid-1990s to early 2000s, said Dr Natalie Pang to Channel NewsAsia. Dr Pang is the principal investigator at the Centre for Trusted Internet and Community at the National University of Singapore.

"Widespread adoption of tech at work and at home drove significant growth for the industry during the last two years of the pandemic, but the post-pandemic era has highlighted the need to adjust and correct," she added. "In the case of the recent layoffs, I would say that tech is in a major period of adjustment."