Coronavirus UK: Neil Basu struck a personal note as the son of a general practitioner and a nurse and the brother of a National Health Service (NHS) consultant, currently on the "frontline" of the Covid-19 fightback. 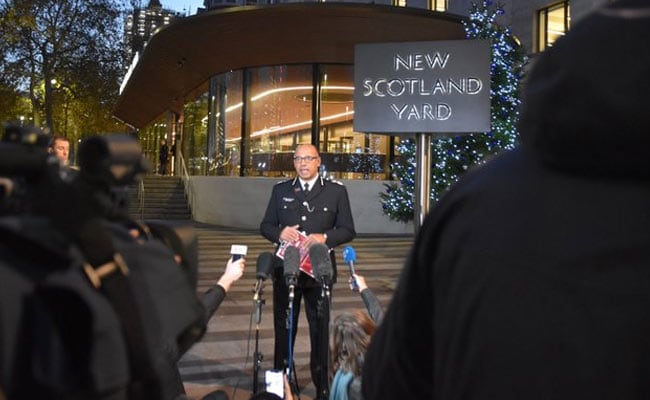 Scotland Yard's Indian-origin lead for counter-terrorism policing, Neil Basu, on Tuesday made a plea for compassion as police officers adjust to the new realities of dealing with the current lockdown in place in the UK to slow down the spread of the coronavirus pandemic.

The Metropolitan Police Assistant Commissioner struck a personal note as the son of a general practitioner (GP) and a nurse and the brother of a National Health Service (NHS) consultant, currently on the "frontline" of the Covid-19 fightback.

"I will do everything possible to help protect the courageous men and women of the NHS - albeit with powers I never imagined a British police officer would be asked to use," Mr Basu writes in 'The Daily Telegraph''.

"There will be a period of readjustment to our new responsibilities, which no police officer ever thought they would have. Not every police response will be surefooted and some will spark healthy debate. We should not judge too harshly," he said.

The senior Met Police officer admitted that everyone in policing is "acutely aware" that how police forces up and down the country conduct their duties during the pandemic will be remembered for many years to come.

"Preserving the trust and confidence of the public in policing by consent is our mantra," he said.

Mr Basu's intervention came amid unprecedented powers handed to Britain's police forces to enforce the government's "stay at home" message and social distancing rules as the Covid-19 deaths continue to mount in the country, hitting 1,408 on Monday.

Under the powers unveiled by Home Secretary Priti Patel last week, UK police is empowered to instruct members of the public to go home, leave an area or disperse and can issue a fixed penalty notice of 60 pound which would double with each repeat offence.

Individuals who do not pay a fixed penalty notice under the regulations could be taken to court, with magistrates able to impose unlimited fines, and if someone continues to refuse to comply, the police may even arrest them where deemed "proportionate and necessary".

However, some forces have come under criticism over what has been seen as an overreach of these powers, including Derbyshire Police recently using drones to monitor people heading to the scenic Peak District of England. Lancashire Police issued 123 enforcement notices over the weekend, while Cheshire Police reportedly summonsed six people for various offences, including travelling to purchase "non-essential" items.

Under guidance being issued to police, officers have been told to take a "consistent" approach when ensuring people comply with emergency measures aimed at curbing coronavirus.

"We are all getting used to the new restrictions and I've been very clear that, in the first instance, I want my officers to be engaging with people, talking to people, encouraging them to comply," said Cressida Dick, the Met Police Commissioner.

"Explaining, of course, if they don't understand - already we have had examples of people who simply hadn't quite heard all the messages - and, only as a very last resort with the current restrictions, using firm direction or even enforcement," she said.

Meanwhile, there have been reports of people using coughs directed at officers, an act which has been criminalised by the Crown Prosecution Service (CPS) to be able to take action against perpetrators.

"I am appalled by reports of police officers and other frontline workers being deliberately coughed at by people claiming to have COVID-19. Let me be very clear: this is a crime and needs to stop," said Max Hill, CPS Director of Public Prosecutions.

Under the enhanced legal protection, coughs directed as a threat at police, key workers or members of the public in the UK could be charged as common assault, punishable by up to 12 months in prison.