They burnt effigies of Prime Minister Narendra Modi and Amit Shah and jumped barricades in hordes only to be detained by the Delhi Police. 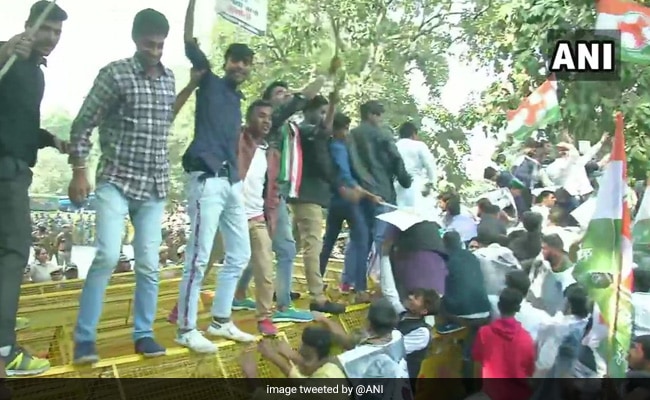 Thousands of protesters are demanding the security cover of Dr Manmohan Singh, Gandhi's be reinstated

Dramatic scenes were witnessed near the Shastri Bhavan just next to Parliament as Youth Congress protesters came down in thousands, agitating the removal of Special Protection Group cover of the Gandhis, and demanding that the security cover be put back.

Youth Congress members shouting slogans that PM Modi and Amit Shah will be held responsible if anything untoward happened to Congress interim President Sonia Gandhi, or her children Rahul Gandhi and Priyanka Gandhi Vadra, were picked up and sent to the Parliament Street police station, where they have been detained.

The protesters jumped barricades in hordes only to be detained by the Delhi Police, who have had no respite from violent protests for the last two weeks, starting with their own officials, then students of JNU and now the Youth Congress members.