'You Always Do This': Sonia Gandhi Scolds Tharoor for Comments Gone Public 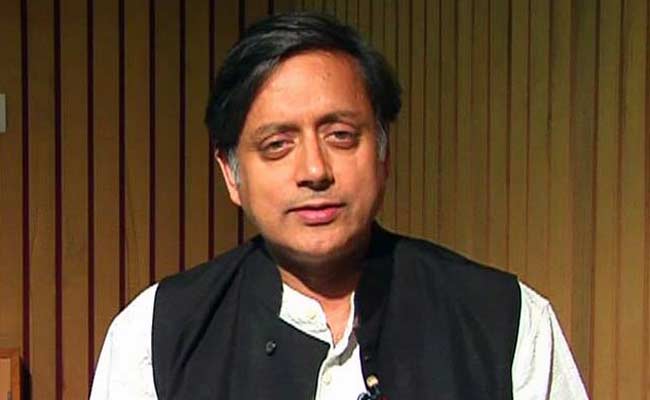 New Delhi: Congress lawmaker Shashi Tharoor has earned a strong reprimand from an angry party president Sonia Gandhi after his comments at a party meeting went public. Mr Tharoor had reportedly said yesterday he was not in favour of disrupting Parliament over the party's demand for the resignation of three top BJP leaders.

"You always do this, it's become a habit with you," an angry Sonia Gandhi said to Mr Tharoor at a meeting of party lawmakers today, sources said. Stunned Congressmen looked on, before Mrs Gandhi's son and deputy Rahul Gandhi ushered them out with comments intended to lighten the moment, they said.

The Congress, which has a thin 44 MPs in the Lok Sabha, has adopted an aggressive stance in Parliament giving notice to the government that it will not allow the houses to function till foreign minister Sushma Swaraj, Rajasthan chief minister Vasundhara Raje and Madhya Pradesh Chief Minister Shivraj Singh Chouhan, caught in the Lalit Modi and Vyapam scandals, are removed.

Sonia Gandhi has asked her MPs to be aggressive; they all wore black bands on their arms as they were led into Parliament today by the Congress president. Sonia Gandhi told NDTV let them say what they want we will continue to protest.

The first two days of the monsoon session have been washed out by the Congress protests.