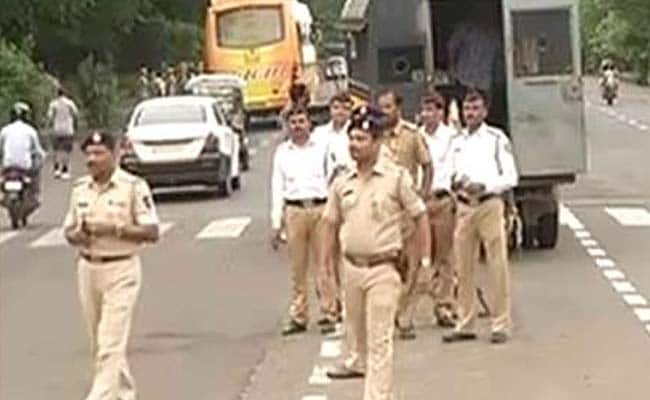 Security has been tightened outside Nagpur Central Jail for Yakub Memon's hanging.

Nagpur: As Yakub Memon, convicted of helping plan the 1993 blasts, was executed early this morning in a Nagpur jail, security was tightened around his home in Mumbai.

Outside the Memon residence in Mahim, personnel of the Rapid Action Force and armoured vehicles could be spotted besides the Mumbai police. City police chief Rakesh Maria visited the area to assess arrangements.

Some 450 preventive detentions have been made, said the Mumbai police.

Memon was hanged a little before 7 am today, two hours after his last minute petition for a stay was rejected by the Supreme Court, which opened at 3 am and held an unprecedented middle-of-the-night hearing.

After 90 minutes of arguments, the three Supreme Court judges who had rejected Memon's petition earlier in the day accepted the government's argument that the convict had "ample opportunity" to challenge his sentencing.

Memon is the first and only person to be hanged for the deadly blasts across Mumbai in 1993, in which 257 people were killed. Of the 11 sentenced to death for the terror attack, Yakub was the only convict not granted mercy.

Yakub's brother Suleiman and cousin Usman have been staying at a hotel in Nagpur.

A little after 2 am last night, a police constable delivered a letter to Suleiman at the hotel. It was speculated that it was a formal intimation to Memon's family that he would be hanged in the morning.
Comments
Yakub MemonYakub Memon hanging1993 Bombay blastsSupreme CourtNagpur Central Jail

"Over 50 Days On, No Case Yet In Sushant Rajput Case": Maharashtra BJP Leader