World Radio Day: With over 415 radio stations in about 23 languages, India's All India Radio is one of the largest radio broadcasters in the world. It covers 99 per cent population in the country. 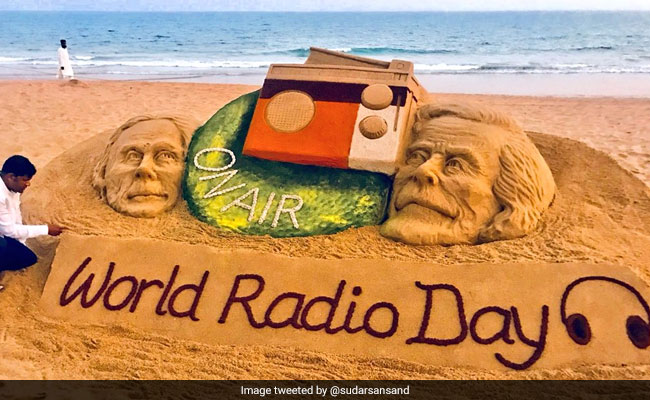 World Radio Day is celebrated on February 13 every year. The United Nations Educational, Scientific and Cultural Organization (UNESCO) will celebrate the eighth edition of the World Radio Day. This day marks a time where people around the world celebrate radio and how it shapes everyone's lives. According to UNESCO, "radio is the perfect medium to counter the appeals for violence and the spread of conflict, especially in regions potentially more exposed to such realities." The word 'broadcasting', referring to radio transmissions, was originally an agricultural term for the wide scattering of seeds. Radio is a powerful tool that informs, transforms and unites us. It brings together people and communities from all backgrounds to foster positive dialogue for change. Happy World Radio Day 2019!

World Radio Day 2019 will celebrate the theme of "Dialogue, Tolerance and Peace".
The broadcasts around the world will provide a platform for dialogue and democratic debate over issues like migration or violence against women which can help to raise awareness among listeners and inspire understanding for new perspectives in paving the way for positive action.

In radio, you have two tools. Sound and silence. - Ira Glass

World Radio Day was first celebrated in 2012, following its declaration by the UNESCO General Conference. It was subsequently adopted as an International Day by the United Nations General Assembly.

The existence of radio waves and the feasibility of radio transmission was predicted by Scottish Scientist James Clark Maxwell in the 1860s.

Guglielmo Marconi, an Italian inventor and electrical engineer, known for his pioneering work on long-distance radio transmission, developed radio telegraph system. He sent and received his first radio signal in Italy in 1895 an dis credited for radio's invention.

With over 415 radio stations in about 23 languages, India's All India Radio is one of the largest radio broadcasters in the world. It covers 99 per cent population in the country.