World Habitat Day 2020: Theme, Facts And All You Need To Know

World Habitat Day: The Day was established in 1985 by the United Nations General Assembly and was first observed in 1986. The first Monday of October is marked as World Habitat Day. 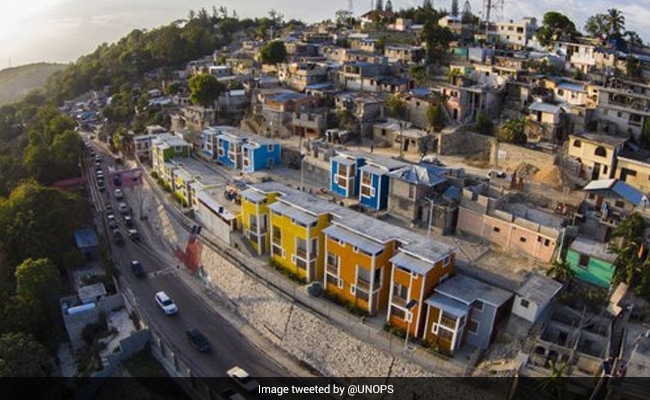 World Habitat Day Image: Day to reflect on state of towns and cities and right to shelter

World Habitat Day 2020: Affordable housing for all is a major target of all governments particularly in the developing economies. World Habitat Day this year looks at the impact of the pandemic on housing in urban areas as many people faced cash crunch during the lockdown and were unable to pay rents. Affordable, safe and adequate housing for the urban poor has been the Indian government's focus. The Ministry of Housing and Urban Affairs on World Habitat Day organised a webinar to discuss several issues linked with housing in urban India.

The theme for this year's World Habitat Day is ‘Housing For All: A better Urban Future'. pic.twitter.com/MQiRovdgb3

Finance Minister Nirmala Sitharaman on May 14, as part of government steps to tackle Covid-19 crisis, had extended an interest subsidy scheme of 2017 till March 2021. This would help the middle class families in search of affordable housing, she said. The extension would provide a boost of Rs 70,000 crore to the housing and construction sectors amid the pandemic-related economic crisis, Ms Sitharaman had said.

"Housing For All - A Better Urban Future" is the theme for World Habitat Day 2020. "Each year World Habitat Day focuses attention on the state of the world's towns and cities. This year's observance highlights the centrality of housing as a driver for sustainable urban development...," Antonio Guterres, Secretary General of United Nations said on Monday. "The urgency of improving living conditions has been brought to the fore by COVID-19, which has devastated the lives of millions in cities. Access to clean water and sanitation, along with social distancing, are key responses to the pandemic...," the UN chief said.

World Habitat Day was established in 1985 by the United Nations General Assembly and was first observed in 1986. The first Monday of October is marked as World Habitat Day.