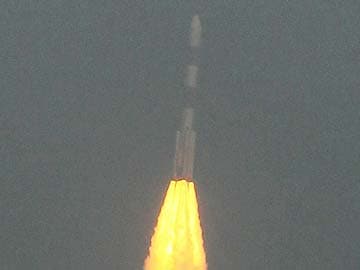 India on Tuesday successfully launched Mangalyaan to Mars, a Rs. 450-crore mission that has been in the making for over 15 months with over 500 scientists working on it.

Here is what the foreign media is saying on the launch:

India aims to follow US, Europe and Russia in having successful Mars mission amid criticism at home about Isro's spending. Read more

The Curiosity rover might be getting a visitor from Earth sometime next year, courtesy of the world's largest democracy. Read more

The spacecraft lifted off early Tuesday morning. It will spend the next several weeks in orbit around Earth and on Dec. 1 head out on the arduous 300-day journey to the Red Planet. Read more

The New York Times: Indian craft is lofted toward Mars, trailed by pride and questions

India lofted a Mars-bound spacecraft into Earth's orbit on Tuesday, a major step in its hopes to become the first country in Asia to reach Mars. Read more

Time: India Races To Space With a Mission to Mars

India on Tuesday launched its first spacecraft bound for Mars, a complex mission that it hopes will demonstrate and advance technologies for space travel. Read more

India launched a spacecraft toward Mars on Tuesday, setting the country on course to become the first in Asia to reach the Red Planet and lifting the national mood at a time of economic uncertainty. Read more
Comments
Mangalyaan