Ravi Patel alleged she had duped him to the tune of Rs 30 lakh within one-and-half month by purchasing air tickets. 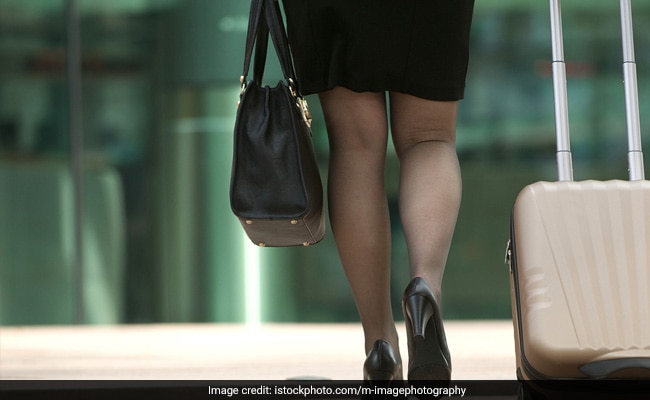 The woman, Payal Samuel, was arrested from Mumbai on August 15 and brought to Delhi.

A 34-year-old woman, who used to dupe people by claiming to be the vice-president of a leading English news channel, was arrested, police said yesterday.

The woman, Payal Samuel, was caught from Mumbai on August 15 and brought to Delhi, they added.

She was arrested on the basis of a compliant lodged by Ravi Patel. He runs a leading travel agency in the city and also provides online air tickets and hotel bookings.

He alleged she had duped him to the tune of Rs 30 lakh within one-and-half month by purchasing air tickets (domestic as well as international), foreign exchange, and hotel bookings etc., the police said.

Payal Samuel approached Ravi Patel on June 9 by giving reference of his acquaintance and posing as the vice president of an English news channel, police said.

As an inducement she offered huge business worth crores of rupees to the complainant. When he demanded his money, she started delaying the payment (Rs 30 lakh) on frivolous excuses, police said.

Suspecting her conduct, Ravi Patel and his suppliers checked about her on internet and found out that she had been making false claims.

They found various news articles in newspapers about her cheating several businessmen in Mumbai and Madhya Pradesh using similar tactics. The complainant then approached the Crime Branch and filed a complaint on April 21, said Additional Commissioner of Police (Crime) Rajiv Ranjan.

During investigation, it was found that a case of cheating was registered against her in Bhopal for cheating a businessman Chander Vadhwani, in 2012, the officer said.

To evade arrest, the accused woman kept changing her locations frequently between Pune and Mumbai, he said.

On the basis of technical input, a trap was laid and she was arrested on the evening of August 15 in Mumbai and was brought to Delhi, the officer said.

During interrogation, Payal Samuel revealed that she used to pose herself as a senior executive of different famous firms and gain proximity to persons in senior positions in politics and bureaucracy.

She would then use her contacts to recommend her to big jewellers or travel agents, so that she could cheat them, the officer said.

She would approach the target businessman and by using a high profile reference she would place large number of orders, he said.

She would take the delivery of services/ goods in lieu of cheques and later, the cheques used to bounce. By this method, she had cheated many businessmen in Delhi, Mumbai and Madhya Pradesh, said the senior officer.

Police said, she had joined BTech in Maulana Azad College of Technology, Bhopal, but dropped out in third year. Then she did odd jobs in some media houses from 2007-2012.

She wanted to lead a lavish life and started cheating businessmen.

For the first time in 2012, she had purchased oil cans from a businessman in Bhopal and issued him a cheque, which bounced. She was arrested and remained in jail for three months.

In March this year, Payal Samuel along with her associates cheated one Ajay Aggarwal of Bhopal of Rs 4,70,000 by purchasing 14 gold coins with a cheque, which also later bounced.

Similarly, in February she had cheated one Dheeraj Jain of Bhopal by purchasing mobile phones worth Rs 21,12,500 through a cheque, which also bounced.

She is wanted in these cases, the officer said.

Since Bhopal Police was searching for her, she shifted her base to Delhi where she cheated Ravi Patel.

She sold the tickets purchased from Ravi Patel to some of her direct contacts and some tickets through her associates at prices less than the purchased price, he said.

Police are trying to identify her associates.