The Supreme court refused to allow reopening of Vedanta's Sterlite plant, but granted it liberty to approach the Madras High Court against the Tamil Nadu government's order to shut it down. 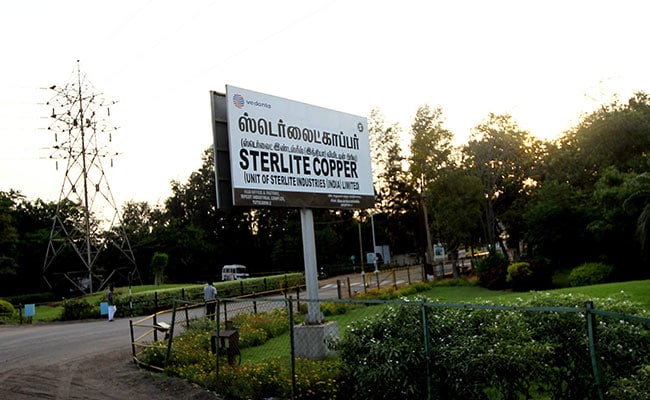 Will go through Supreme Court order in detail, in consultation with our legal team: Sterlite Plant

Sterlite Copper on Monday said it would go through in detail the Supreme Court order, setting aside the NGT directive to reopen its plant at Tuticorin and consult its legal team before deciding on the future course of action.

The Supreme court refused to allow reopening of Vedanta's Sterlite plant, which was at the centre of massive protests over pollution concerns, but granted it liberty to approach the Madras High Court against the Tamil Nadu government's order to shut it down.

"The order by the NGT has been set aside solely on the grounds of maintainability, but we have been granted liberty to approach the Madras High Court for suitable remedy. In view of the above, after going through the Supreme Court order in detail, in consultation with our legal team, we will decide our way forward on this matter," Sterlite Copper CEO P Ramnath said in a statement.

Tuticorin district collector Sandeep Nanduri welcomed the judgement and said the plant would remain shut as per the government's decision.

"...the Supreme Court accepted arguments by our (government) advocates and has given a good judgement. As stated before, the plant will remain shut. All legal actions will be taken," he told reporters.

An activist of the anti-Sterlite movement, welcoming the top court order, setting aside the National Green Tribunal directive to reopen the plant, said it has brought ''relief and solace'' to people in Tuticorin.

Those in favour of the company being reopened however said they would collectively move the Madras High Court as per the avenues made available by the top court.

"It is a big relief and solace for the people and family members of those people who lost their lives during the agitation. I saw quite a lot of enthusiasm among the people of Tuticorin. We welcome the Supreme Court's decision,"she said.

Fathima Babu said the state government had stood its ground during the movement and should now bring the matter to its logical conclusion.

"It has to initiate criminal proceedings against the company, besides making them clean up the entire place and provide compensation to all those affected," she said.

"We are all locals and have not experienced anything like what has been alleged. There are townships in the vicinity. If there was an issue, do you think people would reside there?. None expected such a decision. We will collectively approach the Madras High Court," he said.

"We expected a favourable judgement. The company should have initially approached the High Court, instead of directly going to the Supreme Court. Now we will move the High Court as per the directions," he said.

Mohammed, who is involved in logistics and transportation of copper, rock phosphate and coal to the Sterlite plant, said those dependent on the plant have suffered a lot.

The top court had allowed Tamil Nadu's appeal against the NGT order only on grounds of maintainability and said the tribunal has no jurisdiction to order reopening of the plant.

The court was hearing a plea by the Vedanta group,seeking a direction to the Tamil Nadu Pollution Control Board to implement the NGT order, which had set aside the government's decision to close the plant.

At least 13 people were killed and several injured on May 22 last year when police had opened fire on a huge crowd of people, protesting against environment pollution being allegedly caused by the factory.

The Tamil Nadu government had, on May 28, ordered the state pollution control board to seal and "permanently" close the mining group's copper plant following violent protests over pollution concerns.