Read inOther Languages
This Article is From Oct 24, 2018

Will Decide Action After Report On Amritsar Accident: Amarinder Singh

"The probe I had ordered into the tragic incident is also underway and I am waiting for its report to ascertain where the responsibility lies and what action to take", Amarinder Singh said. 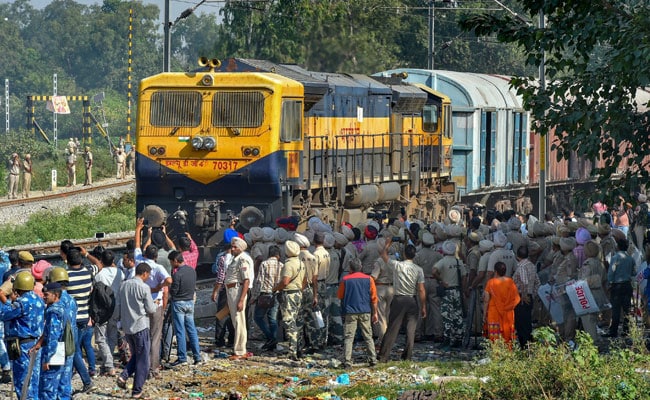 61 people watching a Ravan effigy burn were crushed under a train in Amritsar.

Punjab Chief Minister Amarinder Singh has said that he will decide on action after receiving a probe into the tragic Amritsar train accident which killed 61.

"The probe I had ordered into the tragic incident is also underway and I am waiting for its report to ascertain where the responsibility lies and what action to take. A committee of three ministers, headed by Brahm Mohindra, is supervising the relief operations and I'm in touch with them on a regular basis," Captain Singh said.

He is on a five-day visit to Israel. He was criticized for his "indifference" and "insensitivity" after that.

Sixty-one people were killed after being hit by a train while watching the burning of aRavana effigy. At least 300 people were at the spot.

Amritsar councillor's son who organized released a video message saying he was being unfairly targeted for the tragedy. "It's an extremely tragic incident, I am deeply pained by it. I arranged the Dussehra celebration to bring everyone together. I had taken all the permissions... spared no effort. Had spoken to police, (municipal) corporation, fire brigade," he said in a video in Punjabi.