Condoling the stalwart's death's, Sandeep Dikshit said not too many leaders lived an "extraordinary life" like his mother. 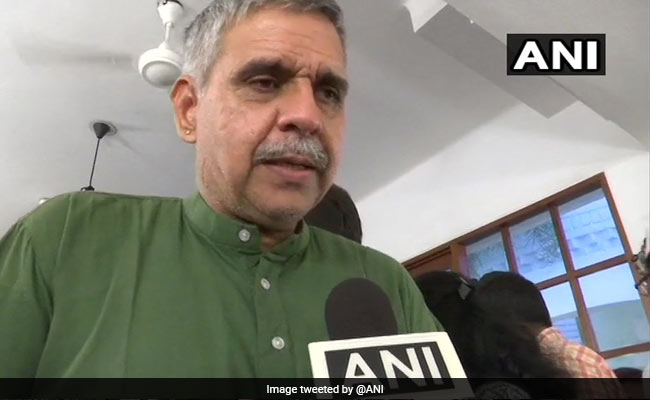 Sandeep Dikshit said his mother will be remembered whenever there will be talks of progress in Delhi.

Congress leader and son of former Delhi Chief Minister Sheila Dikshit on Saturday said it will be very challenging to carry forward his mother's legacy.

"Whenever there is a down to earth leader, it is very challenging to continue with their legacy. That is why we think of them as someone who is much ahead of us. She is a role model for me and thousands of people who practice good politics. I hope, we will continue to have her leadership in various forms," he said while talking to news agency ANI.

Sheila Dikshit, who is the longest-serving chief minister of Delhi, died today at the age of 81 after a cardiac arrest.

Condoling the stalwart's death's, Sandeep Dikshit said not too many leaders lived an "extraordinary life" like his mother.

"There are two things -- first is that my mother has died. It is very natural that I will miss her as a son. Obviously, the pain of losing a mother is immense. As a leader...I guess there are not too many leaders who lived such an extraordinary political life," he said.

He also said that whenever there will be talks of development and progress in Delhi, Sheila Dikshit will be remembered.

"Whenever one will talk of new, modern and progressive Delhi, Sheila ji will always be remembered. At times, it is difficult in political life that you are remembered for the good works. I hope that as she worked for Delhi, she continues to inspire us. And not just Delhi, every city should become excellent," he said.

Sandeep Dikshit also described his mother as someone who was committed to the party and politics and didn't pay heed to her health.

"These were committed people who never cared about their health. They were committed towards their politics, party, ideology, and her people. That is why, even at the age of 80, when the party asked her, she contested Lok Sabha polls," he noted.

"In the last 15 days, she was feeling weak. Several tests were done...and her heart was alright. It was a surprise that when in the morning when she was unwell...I took her to the hospital. Doctors said that she is not well. At around 2:30 or 3:00 pm, she suffered a serious cardiac arrest and died," he added.

The last rites of the three-time chief minister will be held on Sunday afternoon at Nigam Bodh Ghat in Delhi.

The Delhi government has declared two-day state mourning after the death of the former Chief Minister.