Sources in the police said the woman might be arrested for aiding Vikas Dubey to run from Kanpur after Friday's ambush. 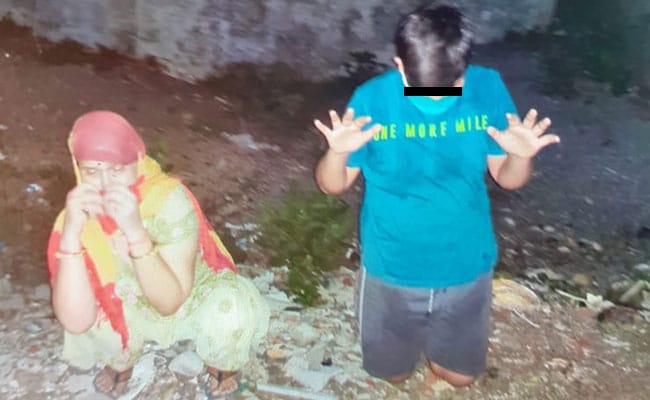 The wife, son have been taken in for questioning by the police

The wife and son of Vikas Dubey -- the arch-criminal responsible for ambushing the police in Kanpur last week -- have been taken for questioning, sources said. The two were taken in custody from Lucknow on Thursday evening -- hours after Vikas Dubey was caught from Ujjain, Madhya Pradesh.

Wanted in 60 cases of murder, arson, kidnaping and rioting - besides the deaths of eight policemen in Kanpur -- Vikas Dubey was caught on Thursday morning outside Ujjain's Mahakal temple after being on the run for five days.

In the evening, locals in Lucknow's Krishnagar area were startled to see a woman and a teen sitting in a field, crying. They were the wife and son of Vikas Dubey, who were apparently worried about police harassment, sources said.

The locals called the police in, who took them for questioning. Sources in the police said the woman might be arrested for aiding Vikas Dubey to run from Kanpur after Friday's ambush.

On Friday morning, eight policemen were gunned down at Kanpur's Bikru village after a team of 50 policemen went to capture him following a complaint about attempt to murder.

The Uttar Pradesh police are investigating their local officers to find who leaked information to the criminals about the planned arrest. Four policemen, including the Station Officer of Choubeypur have been suspended and are being questioned.

Questions have also been raised on how the UP police failed to catch him despite a huge manhunt.

Amitabh Thakur, an Indian Police Service officer posted I Uttar Pradesh tweeted: "We could not arrest Vikas Dubey and he surrendered in Ujjain. We could not arrest him even after such a huge incident and he kept travelling around. This should be investigated".

Samajwadi Party chief Akhilesh Yadav questioned if it was a case of arrest or surrender, tweeting to say that the government should clarify the matter.

Senior UP police officer Mohit Agarwal said: "We had caught many of his associates and a few were killed. So definitely he was trying to save his life and on the run."