Rehana Begum claimed that the police had submitted its final report stating that the case was fake, but later reopened the case. 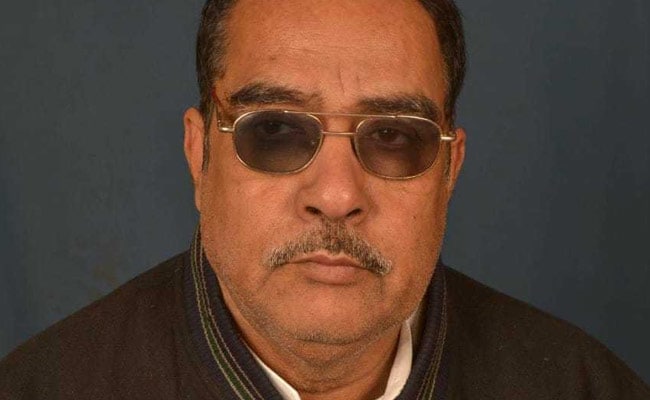 Parwaz had been chasing his case against Yogi Adityanath in various courts.

The wife of a lawyer, who has been pursuing a criminal case against Uttar Pradesh Chief Minister Yogi Adityanath since 2007, said on Thursday her husband has been "framed" in a "fake" rape case and that she will meet the chief minister to seek justice.

64-year-old Pervez Parvaz was arrested on Tuesday for allegedly raping a woman.

"If I get a chance, I will meet the chief minister and appeal for justice as my husband has been framed in a fake case," the lawyer's wife Rehana Begum said.

"On Tuesday evening, police without uniform, came and took my husband away from Nakhas when he was working in an RO plant. Police took him up to Khalilabad. When the media came to know about it, police brought him to Rajghat police station.

"My husband had filed a case against then Gorakhpur MP Yogi Adityanath in 2007 and while he was pursuing the case, some people framed him in a fake rape case in June," she said.

Ms Rehana claimed that the police had submitted its final report stating that the case was fake, but later reopened the case.

"We went to the high court wherein the co-accused in the case, Jumman, got stay on his arrest, but my husband was arrested by police on Tuesday evening," she said.

"Although my husband filed cases against Adityanath, I will meet him and appeal for justice as a chief minister belongs to all citizens of the state," Ms Rehana said.

The issue soon took a political hue as Opposition parties alleged conspiracy and demanded justice for the lawyer.

The parties demanded a probe in the case by agencies and not the local police.

Samajwadi Party (SP) MP from Gorakhpur, Praveen Nishad said, "The government is trying to spread terror in the state and harass people on the lines of religion and caste".

Dhirendra Pratap, president of Poorvanchal sena, whose members are mostly from Dalit community, charged Yogi Adityanath with taking revenge after defeat of the Bharatiya Janata Party (BJP) in the Gorakhpur Lok Sabha bypolls.

However, Superintendent of Police (city) Vinay Singh, denied the allegations and said police had sufficient evidence against Parvaz.

He said action will be taken against the police officials who investigated the case earlier and submitted report without a proper investigation.

According to police, the woman was allegedly raped by Parvaz and another man Mahmood alias Jumman, described as an 'occultist'.

The woman was assaulted when she visited Jumman for treatment of some ailment, they said.